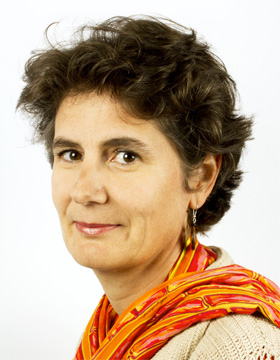 Over the last thirty years, changes in the sphere of work have been fostered by a continuous process of adapting companies and their employees to the quality, productivity, and profit demands of the economic and financial markets.
The pandemic has blatantly revealed, if that were needed, the limits of such a market- and profit-focused logic. At the same time, it has forcefully revealed and raised to a vital necessity another purpose of work: that of taking care. By consecrating as a new category of indispensable professions socially undervalued jobs that, in different ways, care for the continuity of life and society - nurses, cashiers, garbage collectors, delivery drivers, etc. - the pandemic invites us to reconsider more broadly what taking care means with respect to work. How does the world of work integrate the different facets of this vital necessity? Beyond the jobs of the so-called care sector, taking care is an issue that extends to any kind of work. What about caring about the environment and society that work is carried out in interaction with? What about caring about those who carry out the work?
The aim of this project is to examine the measures and projects that have arisen during and after the pandemic in France and Germany with respect to this extended meaning of taking care in relation to work. What are their empirical expressions? What are their conceptual influences on how we think about work and care? And what are the implications for the relationship between work, society, and democracy?

For two decades, international organizations like the ILO and the European Commission have been promoting a qualitative approach to work, as a complement to the quantitative one driven by the aim of full employment that prevailed until then. While the ILO promoted the concept of "decent work", the European Commission turned that into the claim for "better jobs", subdivided into "quality of employment" and "quality in work", a key piece of the European social agenda.

On the national level, France and Germany fed the debate, making better jobs a matter of public concern. But whereas "gute Arbeit" is the keyword for it in Germany, "qualité de vie au travail" is the one in France. Can we take for granted that these key words address the same kind of issue, beyond the fact that they both fall under the common umbrella of the English-language concept of "better" or "good" jobs?

The issue is not just a matter of linguistic translation, but of categorization and valuation. Words are part of a process of labeling and categorizing social reality. Therefore, lexical differences are more then just about words; they involve a series of presuppositions about work and workers that are rooted in institutional and socio-political configurations. In the present case, they also involve valuations of what "good" or "quality" should mean in relation to jobs and work.

The aim of the talk is to address the meaning of "gute Arbeit" and "qualité de vie au travail" by giving insight into the contrasted processes of categorization involved. For this purpose, I will rely on some very preliminary results of a French-German ANR/DFG research project on workers capabilities for professional development in French and German sites of multinational groups.

From critical theory to critical pragmatism : capability and the assessment of freedom

More Than a Job

Bénédicte Zimmermann in an interview with Ralph Bollmann

Shifting categories. Unsettling the way we think about work (III)

Shifting categories. Unsettling the way we think about work (II)

Shifting categories. Unsettling the way we think about work (I)

Capability and Pragmatism: Between Social Sciences and Social Philosophy