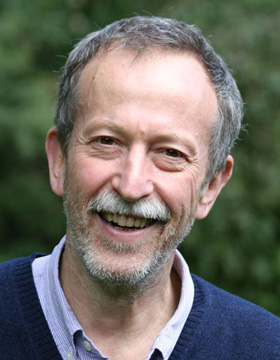 Born in 1950 in Sondrio, Italy
Studied Modern Literatures at the University of Rome

In 2022–23, I will return to my long-term research project on tragic form, which I see as a small-scale model for those uncanny struggles to the death – most radically, civil wars – that are one of the salient aspects of human societies.
As the tragic scene shifts from the Greek royal palace to Baroque courts and modern households, the causes and nature of conflict also change, but (at least) two formal relationships remain visible throughout the development of this genre: the fundamental properties of dramatic networks and the rhetoric of face-to-face confrontations. Translating a dramatic character-system into a network is arguably the best way to visualize the system of alliances and oppositions that lies behind tragic collision: intuitive and analytic at once, this sort of literary x-ray offers a powerful introduction to the “macro” dimension of drama. At the opposite end of the scale lies the study of the “micro” strategies adopted when the principles that are at stake in the plays are actually put into words: from the stichomythia so characteristic of Greek drama to Hamlet’s puns, Calderon’s cosmologies, Racine’s symmetry, Schiller’s explicit confrontations, Büchner’s out-of-control metaphors, or Ibsen’s prose. Combining traditional literary hermeneutics with the new possibilities of quantitative criticism, this study aims at a historical phenomenology of radical conflict as it emerges from the longue durée of tragic form.

Last September, my colloquium on tragic language was cancelled because of travel restrictions. I was about to give the exact same talk now, but - after listening to your "Three Cultures Forum" on outliers a couple of weeks ago - I decided to change plans and replace it with a talk on anomalies, norms, and extreme cases instead. I will begin with a brief discussion of Carlo Ginzburg's "The Cheese and the Worms", a classic case study of an anomaly, switch to the role of average values and extreme cases in quantitative literary history, and end by returning to Ginzburg's insistence on the significance of exceptions.

The talk, like others of a similar nature I have written recently, casts a retrospective glance at twenty-five years of quantitative literary research, focusing in particular on the conceptual difficulties that have emerged from empirical work. These include the implicit (and often wrong) assumptions that have guided our visualization of cultural data and the problematic relationship between quantification and interpretation, morphological simulation and historical explanation. Much like your "Three Cultures" meetings, the crux of the matter has to do with the possibility - or not - of establishing a unified epistemological framework for the humanities, the social sciences, and the natural sciences. Ginzburg's work, with its intransigent opposition to the quantitative historiography of the "Annales", is the perfect starting point for addressing the issue in a radical way.

Day and Night. On the Counterpoint of Western and Film Noir

The Last Happy Poet. Whitman in the Mirror of European Literature

Under which King, Bezonian? Literary studies between hermeneutics and quantification