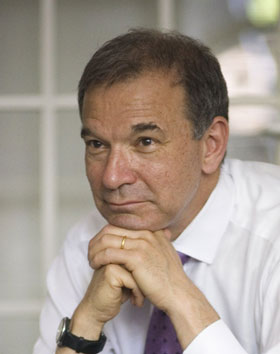 The Cogan University Professor of the Humanities

The Rise and Fall of Adam and Eve

I am writing a book about the rise and fall of Adam and Eve, perhaps the greatest story ever told, or at least the story with the most far-reaching consequences. The account of the first man and the first woman - central to all three of the world's monotheistic religions and the object of innumerable representations by painters, sculptors, and poets - was for thousands of years the dominant origin story of the human race. And, though we know it from Genesis, Adam and Eve's fate cannot be understood only as a piece of religious ideology. Much older than Christianity and Islam and older even than any recognizable form of Judaism, it helped innumerable generations to explain to themselves who they were, where they came from, and why they were forced to work, bear children in pain, and suffer death.
That its credibility has collapsed in the modern age makes it possible - as it would not have been in the past - to understand it as an act of inspired storytelling, whose apogee came in the High Renaissance, and possible too to consider what it means to shift uncertainly, as we have done, toward a different story. To probe our relation to our own origins - our ways of imagining the Australopithecus afarensis "Lucy", our understanding of our genetic inheritance, our intimation of the secret links that tie us to our primate ancestors - is to grapple with what it means to live now, on the other side of the great myth that once told us who we were.

The rise and fall of Adam and Eve

Shakespeare's Montaigne : the Florio translation of the Essays Essais <engl.>

The swerve : how the world became modern

The Norton Shakespeare : based of the Oxford edition

Abgesagt: The Rise and Fall of Adam and Eve