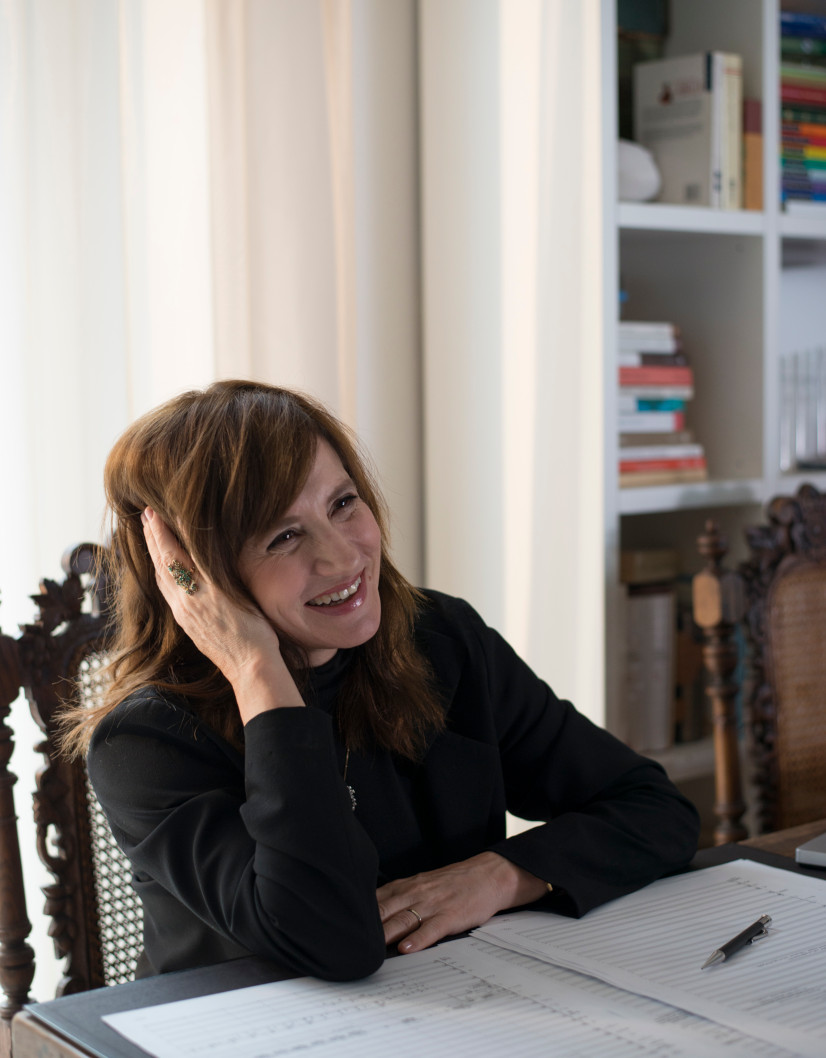 Born in 1963 in Rome
Studied Computer Music and Composition at Conservatorio Santa Cecilia, Music History at the University of Rome, and Musicology at the École Pratique des Hautes Études en Sorbonne, Paris

New Music Theater Projects Based on Texts by Giacomo Leopardi and Dostoyevsky on Loneliness and Social Isolation. Compositional Treatments and Dramaturgies

During my stay at the Wissenschaftskolleg zu Berlin, I will work on two important new musical theater projects commissioned by ACHT BRÜCKEN | Musik für Köln and the Schwetzinger SWR Festspiele/Luzerner Theater.
The first project, “Leopardi, Chronicles of Loneliness,” is a choral opera after Giacomo Leopardi’s Zibaldone di pensieri for 250 male voices (various professional choirs and amateur choirs distributed in the scenic space). The work is a dramaturgical study of the solitude and social isolation of young people, starting from the reflections and memories written by Giacomo Leopardi in his notebooks. The voice of Leopardi is collectively represented by every singer on stage, intersected by the different choral groups. The voices will be immersed in their own reflections, surrounded by the soundscapes summoned by the choral ensemble as tutti, representing the social withdrawal and silence chosen by many young people.
The second music theater project I will work on during my stay is a new opera for soli, vocal ensemble, and orchestra commissioned by the Schwetzinger SWR Festspiele and Luzerner Oper with a libretto by Katja Petrowskaja after The Double by Dostoyevsky. The premiere is planned for April 2024. The protagonist is the isolated and lonely clerk Golyadkin, titular councilor, driven insane by the arrival in his life of a man who is his exact double. The personification of the double torments him, but it is impossible to tell if the double is a hallucination, an apparition, or a physical person. The real protagonist is the monstrous and oppressive hierarchical bureaucratic system that seems to control and destroy its employees through monotony, routine, isolation, and growing estrangement. Golyadkin speaks with obsessive repetitions, in a fragmented and abstract language, in direct witness of his surprise, panic, incomprehension of his own situation. Mental illness is seen as a possible escape from the social hell, and Dostoyevsky describes it as such. And the metropolis’ solitude is still a crucial issue.