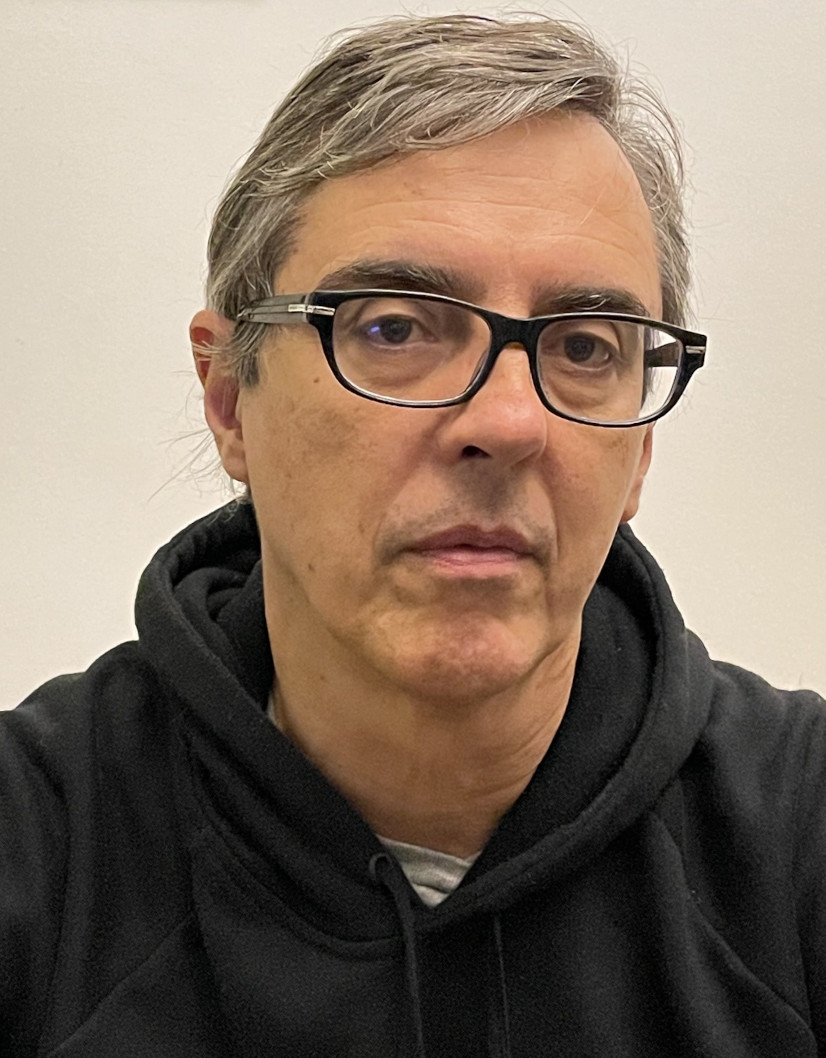 Born in 1960 in São Paulo, Brazil
Studied Philosophy at the University of São Paulo

My work spreads across a number of genres - literature (essays, poetry, short stories), visual arts (painting, drawing, installations), songwriting, theater, and performance. I have always exercised this diversity simultaneously, seeking to leap from one genre to the other without searching for a convergence. I feel that my stay in Berlin offers a new position, from which I might regard this flux of works and, perhaps, regain my breath.
I will focus on a literature project, "Minha voz de volta" ("My voice back"), which I began some years ago and hope to dedicate myself extensively to. It is structured in two moments, or "Books." The first one, with a strong autobiographical strain, tries to reach memorialistic themes through the dialogue between three "voices" typographically characterized (italic voice/bold voice/red voice). In the second "Book," these same themes and memories are taken up again and fictionally recast, in a sort of post-death limbo where they mix into other bodies and voices. It is a very open project and, as the title suggests, seeks some unity ("My voice back") between the fictional and the biographical, within (again) a great diversity of themes and literary genres.
On a theoretical level, in some of my essays, I have proposed a reading of aspects and authors of Brazilian culture that takes the Möbius strip as a model. The main idea is that when culture fails to influence the outside world in some way, acquiring public presence within the interior world (a situation in which large part of Brazilian culture has always found itself), cultural production turns on itself, "falling" literally inward, like Russian nesting-dolls or someone walking along a Möbius strip. I have analyzed some Brazilian authors (artists and writers) in accordance with this inward movement and would like to widen my reasoning, testing it with other authors.
I am also working with performance and theater, using two basic ideas: the replication of a model and simultaneity. A personal paradigmatic work, for me, would be "A gente se vê por aqui," produced in 2018, in which a couple of actors, living onstage for 24 hours, replicate, simultaneously and "verbatim," every voice and casual sound in the televised transmission of the main broadcaster in Brazil. I am still developing this performative and theatrical route and hope to continue it remotely during my stay at the Wissenschaftskolleg.
Finally, I'm so glad that I will be able to work in a small art studio. There, I hope to exercise this quotidian and almost physical form of thinking, present in the act of drawing.

If You Are a Camel

If you are a camel

The right to laziness

If You Are a Camel