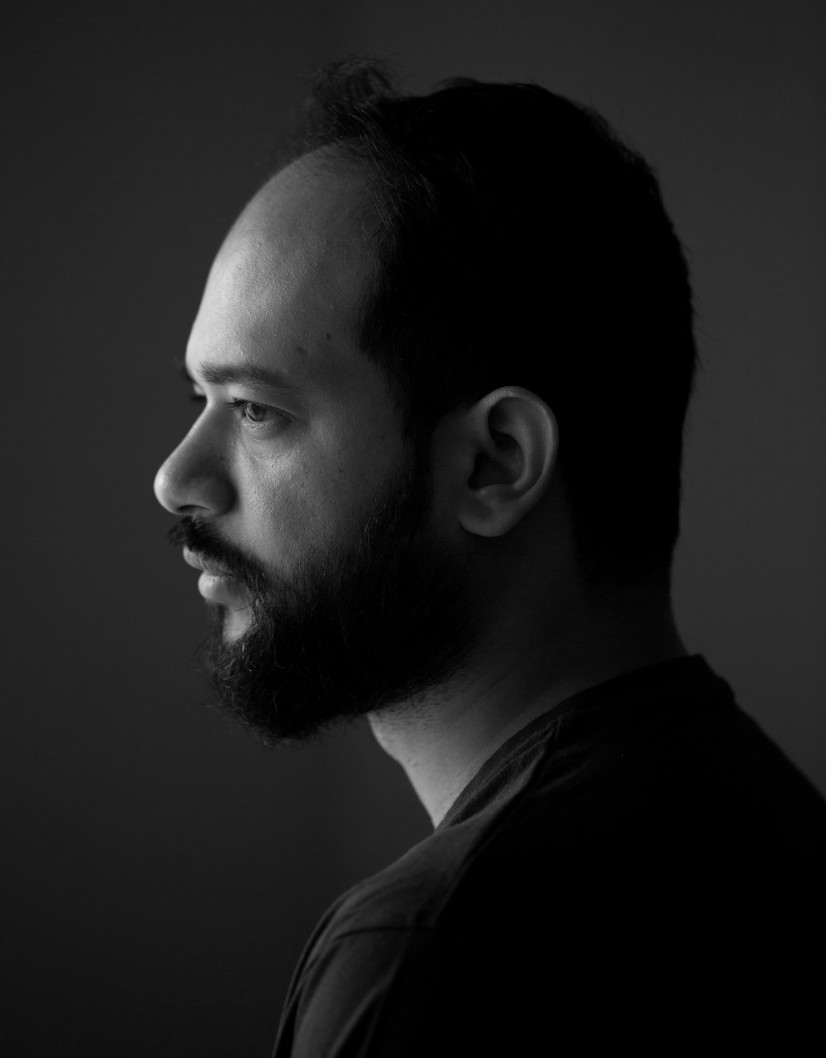 Born in 1984 in Comilla, Bangladesh
Studied Sociology at the University of Dhaka and Photography at Pathshala South Asian Media Institute

In April 2016, my friend and colleague Irfanul Islam went missing in Dhaka, the capital of Bangladesh. The next day, his dead body was found in a bush on the outskirts of the city. Two years since his death, the police have yet to find the cause of his murder, let alone arrest any suspects. Such unexplainable disappearances have become an increased occurrence in Bangladesh, seemingly facilitated by a climate of political repression and a convergence of interests between the various apparatus of the state and organized crime.
After Irfan's death, I talked to some people who went out and searched for his traces right afterwards. Some of them sensed there are some specific areas across the suburbs of the city where most of these dead bodies are found, namely construction sites, ditches, or landfills. They visited such sites on that day with growing fear and hope to find their friend. I wonder what they discussed in those intense hours spent on the macabre quest. What could they have been talking about since then?
I am developing "Memories of disappearance (Goom)" to find answers to this question. The film is primarily interested in the absences of these unexplained losses and the uncertainties and confusions they generate. It does not intend to explore the circumstances of the disappearances or their political/criminal background; rather, it focuses on the invisible figures of the disappeared, as an attempt to make them visible again. "Goom" engages in an experimental process by borrowing various techniques of film and video art to reflect on the psychological state of the families who have lost their loved ones. The film is designed to enact memory and recollection.
The scope of research at the Wissenschaftskolleg will benefit my project in two ways. First, I am looking to develop a language that can properly address loss and violence, a tool potent enough to absorb the violent nature of these disappearances and render it with a poetic essence. Second, I am keen to develop an experimental script and deepen my understanding of various techniques and methodology and to specifically address the strategies they develop to give visibility to the invisible. I am very much interested in approaching social and political phenomena through a multiplicity of perspectives and the possibilities of various disciplines.

"After so many days I have seen sunlight”" - Visualizing Disappearance

How do you search for someone when you don't know if he is dead or alive? Where do you go and look for him? What does it mean to wait for somebody to return? How does the sense of time change for those affected? How do people vanish? What happens then? How do lost people reappear?

According to Human Rights Watch, at least 572 people have been reported forcibly disappeared in Bangladesh in 2009-2020. While some were eventually released, shown to be arrested by authorities, or discovered killed, the whereabouts of many remain unknown.

The sudden disappearance and death of my friend and colleague Irfanul Islam in April 2016 got me thinking about these questions. I kept thinking about responding to this experience. The more I thought about it, the more I was lost in vocabulary. How is it possible to address/translate/articulate something that is at once so traumatic and invisible, absent from the visual medium? What kind of form, language, or scale should it take?

In my talk, I will navigate through these various questions and try to address the confusions they lead to. I will also give more context about this phenomenon, especially addressing the questions of evidence, the meaning of silence, and the state of fear. I will focus on two case studies and explain the role of fact and fiction in my work, how they are merged, camouflaged, and reactivated through film, imaginary acts, and various forms of gestures. I will share my film "After so many days I have seen sunlight" - a work in progress. Finally, I will share my vulnerability as an artist and explain how these vulnerabilities pushed me to formulate different strategies.

"After so many days I have seen sunlight"- Visualizing Disappearance