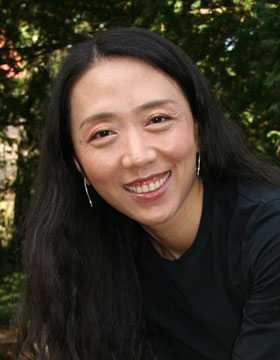 The Poetics of Memory: Wang Zhaoming (1883-1944) and China's WWII Collaboration

My monographic project investigates the poetry of Wang Zhaoming (1883-1944) and China's WWII memory. Better known by his pen name Jingwei, Wang was seen as a man who fell from being a founder of Republican China to become the arch-traitor of the nation. Perhaps in anticipation of a posthumous controversy, he declared on his deathbed that his collection of classical-style verses alone would be his testament  implying that he believed his poetry to contain his truest portrait. In these poems, Wang consistently portrays himself as a martyr and a romantic figure who was ready to sacrifice not just his life, but even his posthumous reputation, for the salvation of the nation. Written entirely in classical forms, Wang's poetry features a learned and lucid style, highly acclaimed by literary critics. By encoding China's cultural memory and integrating it into Wang's personal memory, it serves to construct a literary persona in continuation of the classical literati tradition, especially the politics of moral integrity. It suggests that Wang's collaboration was motivated by his belief in the world-transforming effect of an individual's self-cultivation - a fundamental principle in Confucian ethics. Still being published and read to date, these poems pose a series of exegetical, ethical, and historiographical questions. This project explores these poems, together with other types of texts such as essays, epistles, memoirs, and archival materials, to examine the life of the most controversial figure in modern Chinese history. It attempts to investigate the thorny question of wartime collaboration, especially the perceived treason of China's cultural elites. The three disparate academic fields - literary, memory, and history studies - will be brought into collision and dialogue. Given that no full biography of Wang is available in English, and arguably no objective biography in Chinese, the first section of the book tries to delineate Wang's life as a politician and poet in three chapters. The second section will focus on his poems written during the period of collaboration to investigate the functions that poetry plays in writing the memory and the history of its author. At the end, I ask whether the study of poetry and historiography can be truly integrated, so as to write a history with human temperature.

Poetry, Memory, History: An Introduction to a Monograph on Wang Jingwei and China's WWII Collaboration

Taking the opportunity of this colloquium, I will present the draft introduction to my monographic project on the poetry of Wang Jingwei (1883-1944) and the memory of China's WWII collaboration. November 10, 1944, when Wang, the leader of China's collaborationist wartime regime, was dying in a Nagoya hospital, he asked his followers not to compile his speeches and essays, but only his poems (all in classical styles), for posthumous publication. Throughout the four decades of his career at the center of China's national politics, Wang was also known as a fine poet, and now he entrusted the power of poetry to convey the truest portrait of him. These poems construct the image of a patriot who is willing to sacrifice not only his life, but even his reputation, for the salvation of the nation. To date, while his name remains the synonym of "traitor" in mainland China, his poetry continues to win for him readers and sympathy. This project problematizes the expressionist reading of his work and explores the complicated relations of poetry, memory, and history. In this paper, I will closely analyze a lyrical song anthologized as the last piece in Wang's poetry collection to showcase how this project may fill in the lacunae in historical, literary, and memory studies. I argue that Wang's poetry is mnemonic and historiographical, represents the continuous relevance of classical-style poetry in modern China, and serves as a "lieu de mémoire" where China's historical and cultural memory, his individual memory, and the readers' memories of him and of the war collide and converse with each other.

I am also circulating a handout that contains a poem by him (with my English translation), some background information, and the planned chapter outline of the book. Your criticism and comments from all angles are most welcome!

The tower of going astray : the paradox of Liu Yazi’s lyric classicism

Dialectics of spontaneity : the aesthetics and ethics of Su Shi (1037-1101) in poetry Sinica Leidensia ; Volume 122

The Latent Life of a Counter-Memory

a portrait of Zhiyi Yang by Sonja Asal

Poetry, Memory, History: An Introduction to a Monograph on Wang Jingwei and China's WWII Collaboration