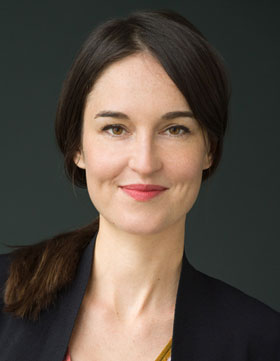 It is a commonplace to peg fin-de-siècle Vienna as the "birthplace of the modern world" - in its darkness as well as its light. The capital of a sprawling, multinational empire at the heart of the European continent, it served as a nursery for ethnic nationalism and anti-Semitism as well as modernism and psychoanalysis, for Hitler as well as Herzl, Freud, Musil, Klimt, Schönberg, Schiele. The book that I have been working on here at Wiko turns to the late Habsburg Empire as laboratory in a different domain, namely in relation to problems of sovereignty. Composed of numerous smaller historical polities - long glued together, but theoretically still in possession of differing degrees of autonomy - as well as some twelve (or so) different ethno-linguistic groups, the empire faced significant challenges in managing and conceptualizing its rule over this complicated patrimony. Precisely for that reason, its constitutional tradition - born out of the crisis of the 1848 revolutions - grew into an extremely rich reflection on rights and jurisdiction and statehood, on different forms of layered or dispersed sovereignty. Long neglected in a historiography preoccupied with nationalism, I return to this tradition as an extremely generative and revealing place from which to think about sovereignty - as well as post-imperial sovereignty. For, as I show, many of the ideas and problems and arguments produced in the fulcrum of Habsburg constitutional debate outlived the empire's own collapse in 1918. They were redeployed in the international arena as statesmen and scholars alike struggled to make sense of the death of an empire that had structured European political life for centuries, and the emergence of a host of new nation-states in its stead. In this way, the book rewrites Central European history into the history of international law and order, and suggests some new ways of thinking about Central Europe in the world.

Over its last 70 years (that is, from 1848), the empire rolled through a string of constitutions, that drafted and re-drafted its order - like a diary the empire kept about itself, recording different versions of self. Over that same period, a vibrant new field of constitutional jurisprudence emerged and blossomed (with figures like Georg Jellinek and Hans Kelsen only its most famous representatives). My book reads these two domains together, exploring the intertwined history of orders of thought and orders of rule. It presents something we might call a reversible or multidirectional intellectual history: I explore the constitutions as theories, as arguments, about the state(s) in question - analyzing them in the way we might a scholarly text - and, conversely, explore legal knowledge as a practice of ordering and constituting. In both domains, protagonists were reaching for ways to describe and conceptualize imperial sovereignty: they were searching (and searching and searching) for ways of making rule make sense. And in both domains, they were quickly drawn into an epistemological register: questions of "what is the state/how is sovereignty arranged?" became inescapably bound up with "what are the right knowledge tools to grasp it/how can we know?" If constitution-writing engendered a new sort of imperial-political self-consciousness, it also fed into intellectual-methodological self-consciousness.

This is not a history of a finished idea or a particular conception of sovereignty: rather, it is about the project and process of conceptualizing, of sense making, of trying to code the world into coherent abstract form; about what happens and how it feels when the existing categories do not work, and one has to search for new ones. We might call it a conceptual history of lifes resistance to concepts - a conceptual history of not having the words.

Power and time : temporalities in conflict and the making of history

Spectral legal personality in interwar international law : on new ways of not being a state

Mandatory interpretation : legal hermeneutics and the new international order in Arab and Jewish petitions to the League of Nations