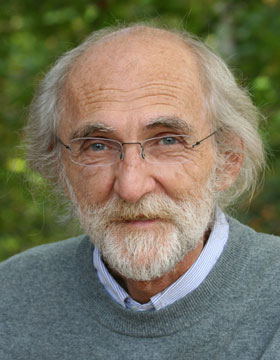 Born in 1958 in Galliate, Italy
Studied Philosophy at the University of Toronto

Boundaries: from Geography to Metaphysics

There is a basic distinction in geography between "natural" boundaries (borders, frontiers) and "artificial" ones. The former are just the physical boundaries of old, such as mountain ranges, coastlines, river banks, etc. The latter are exemplified by boundaries defined by human decisions and conventions and lie askew to any physical differentiations in the underlying territory, as with the frontier between Mexico and the US, the borders of Niger, and the imaginary lines separating the German portion of Lake Constance from the Swiss and Austrian portions. There is, I think, a lot to be said about the important role of this distinction in the history and dynamics of our political culture. But we can say more, for boundaries are not a prerogative of geography. They are at work in articulating every aspect of the world around us. Boundaries stand out in every map we draw, from the contents of perception to the scientific modeling of reality in terms of objects, kinds, and properties, and this ubiquity of boundaries goes hand in hand with the natural/artificial opposition. Indeed, once the opposition has been recognized, it can be drawn across the board: not merely in relation to boundaries, but also in relation to those entities that have boundaries. If something enjoys a natural boundary, its existence and identity conditions appear to be independent of us; it is a bona fide, mind-independent entity of its own. By contrast, if its boundary is of the artificial sort, then the entity itself is to some degree a fiat entity, a construct, a product of our worldmaking. In short, the natural/artificial distinction betokens the general opposition between what is found or discovered and what is made or created, and this takes us straight to the metaphysical debate between realism and antirealism. My project is to investigate the antirealist stance corresponding to the limit case: What if there were no natural boundaries? What if all boundaries - hence all entities - were on closer examination to some extent the result of a fiat articulation reflecting our cognitive and social practices?

Are there any natural boundaries, i.e., boundaries that "carve at the joints"? Or is any boundary - hence any entity - the result of a fiat articulation reflecting our cognitive biases and our social practices and conventions?

Logic, ontological neutrality, and the law of non-contradiction

On doing ontology without metaphysics