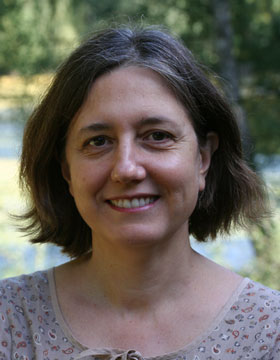 Until the 1980s, the history of the Ottoman Empire was largely written in isolation from the history of other regions and polities, as part of either "Turkish" or "Middle Eastern" or "Islamic" history; but since then, new generations of scholars, many of them trained in the U.S., have opened up the field to broader, more comparative and/or connected, trans-regional or global perspectives. The larger project of which this study is a part (OTTOCONFESSION, ERC Consolidator Grant, #648498, P.I. Tijana Krstic) is one such broadly conceived inquiry; it examines the transformation of the religio-communal structures and cultures in the core Ottoman lands of Anatolia and the Balkans between the fifteenth and eighteenth centuries as part of a transregional and even global experience of "confessionalization." The central concepts that inform the project, "confession-building" and "confessionalization," were developed originally by a group of German historians to analyze developments in early modern Europe. Specifically, "confession-building" was proposed to denote the demarcation of Christians living in Central Europe between roughly the mid-sixteenth and mid-seventeenth centuries into rival Protestant and Catholic "confessions" with distinctive articles of faith and rituals, while "confessionalization" was put forth as a broader concept that posits a link between the former process and the processes of social disciplining and state building in the same period.

A major question that the OTTOCONFESSION project tackles is whether these concepts can also be fruitfully employed to analyze the Sunni-Shii polarization that resulted from the rivalry between the Ottoman and Safavid dynasties and the Safavid adoption of Twelver Shiism and the Ottoman formulation of their own brand of Sunni "orthodoxy" during the sixteenth and seventeenth centuries. In her talk, Tijana Krstic presented an answer to this question based on her research in Ottoman-era Sunni creedal literature. In my talk, I will engage with the same question, but focus on those aspects of Islamic faith and culture that complicated and thwarted the process of Sunni "confession building" in the early modern Ottoman context.

In the core lands of the sixteenth-century Ottoman Empire, there were no Shii communities to speak of, but only a wide variety of confessionally ambiguous Sufi groups, some of them with a strong streak of Alid loyalism that made them susceptible to the loosely Shiite faith of the early Safavids. Moreover, Sufism was an important, socially and politically powerful part of elite as well as commoner cultures. Because the Sufis conceived of the world as emanations from God that constitute multiple levels of reality, and because they addressed both fellow Sufis and a more general audience, they could discourse about matters of faith in a variety of ways and registers, making it difficult for those who shared a similar outlook to take them to task for divergence from the Sunni creed and Shar'i norms. Notwithstanding these complications, there are clear indications that Islamic law as discourse and practice became progressively ascendant in the public realm and placed greater discursive and socio-spatial limits on the expression of other forms of Islamic piety in the major urban centers of Anatolia and the Balkans in the course of the sixteenth and especially seventeenth centuries. Ironically, even though rifts between the Sufis and the Ottoman dynasty had provided the early impetus for this process, in the socially and politically fractured terrain of the seventeenth and eighteenth centuries, the best defense strategy for the Sufis and their sympathizers against their Sharia-minded critics remained their longstanding alliance with the Ottoman dynastic state, memorialized in hagiographies and histories and sustained through reciprocal exchanges of prayers and benefits. This dynamic persisted until the dismantling of the old imperial order, itself a gradual process that began with the destruction of the Janissary corps and the closing of Bektashi lodges in 1826 and that culminated in the proclamation of the Republic in 1923 and the closure of all dervish lodges in 1925.

Where ʻİlm-i Ḥāl meets catechism : Islamic manuals of religious instruction in the Ottoman empire in the age of confessionalization

How to conceptualize Ottoman Sunnitization : a historiographical discussion