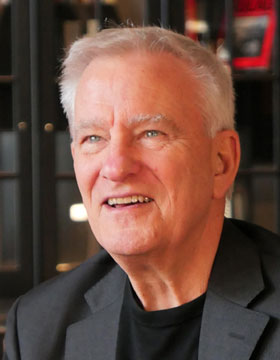 Contemporary organizations face three interrelated, but analytically distinguishable challenges. First, they should be alert to mistakes that could be catastrophic. Second, they need to allocate attention, especially to correct past mistakes and to make accurate predictions about future developments. Third, they should be innovative, able to stand out from existing categories while being recognized as outstanding. This project investigates these cognitive challenges with the aim of developing a comprehensive sociological approach to study the social properties of cognition. Research on error detection, attention allocation, and recombinant innovation has been conducted in three distinct settings strategically chosen so that the scale and complexity of the performance challenges increases across the cases. During my year at the Wissenschaftskolleg I will begin writing up the findings of this research.
The research question that cuts across the socio-cognitive challenges asks whether and how diversity contributes to performance. The nature of the research question requires an interdisciplinary approach. The project has three sub-goals, each addressed using different research designs:
1) We first test how the social context, understood at the most basic level as the composition of a small collectivity, affects behavior. To do so, we use experimental methods to test how ethnic and gender diversity affects decision-making.
2) The second study tests how the social structure of attention affects valuation. The activities involve error correction and accuracy of prediction in estimates by securities analysts; the method is two-mode network analysis; and the timing, intensity, and diversity of attention networks are the effects to be tested.
3) The third study examines relations within and across collaborative teams. In studying the network properties of creativity, the challenge is recombinant innovation, the activity involves releases in the field of music, the method is cultural network analysis, and the effects to be tested are the combined effects of stylistic diversity and social structure.

Testing and being tested in pandemic times

Game changer : the topology of creativity

This place, these people : life and shadow on the Great Plains

The sense of dissonance : accounts of worth in economic life

Thinking the Virus - Have You Been Tested?