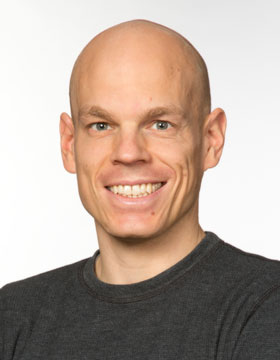 Born in 1974 in Hamburg, Germany
Studied Law at the Université Paris 1 Panthéon-Sorbonne and the University of Hamburg, and Law and Economics at Harvard University

A Model of Law

My project aims to construct a mathematical, positive model of law's binding force on judges. The model has three simple ingredients, all of which are widely accepted, fundamental elements of human behavior. I expect this model to clarify and unify divergent theories in legal theory and to reconcile a strong binding force of the law in most circumstances with well-known troublesome facts such as partisan judging on the US Supreme Court. It will generate new testable hypotheses regarding questions such as the role of legal education in imparting priors on legal (in)determinacy. I hope it will connect legal theorists and social scientists.

In the hands of judges, the law suffers from split personality disorder. On the one hand, judges are bound by the law. On the other hand, judges make the law. How can judges be bound by something that they make? To be sure, the ability to "make" does not necessarily imply the ability to "unmake," so judges can be limited by their own past decisions. In reality, however, judges do seem able to sidestep past decisions. Cynics think judges are able to sidestep all past decisions, at least if they try hard enough. The data suggest that the cynics are more right than most people previously thought. On a theoretical level, law is expressed in language and hence necessarily partakes in its ambiguity. Worse, legal language demarcates conflicting interests that consciously and unconsciously warp the language's meaning. But the language resists. This tension holds the law's split personalities together. Modelling this tension promises deeper insight into the legal process.

Comment on "Temperature and decisions : evidence from 207,000 Court Cases"

Judgges in the lab : no precedent effects, no common/civil law differences SSRN eLibrary ; 2020

Judges in the lab: no precedent effects, no common/civil law differences Discussion paper ; no. 1044 update (11/2020)

On inference when using state corporate laws for identification Discussion paper ; no. 1024 (12/2019)

Monetary liability for breach of the duty of care?

Justice is less blind, and less legalistic, than we thought : evidence from an experiment with real judges

Judges in the Lab : No Precedent Effects, no Common/Civil Law Differences
John M. Olin Center for Law, Economics, and Business more publications in the Fellows' Library

No, Judges are not Influenced by Outdoor Temperature (or Other Weather)
Harvard Law School more publications in the Fellows' Library