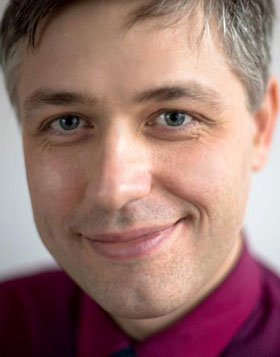 The End of the Occupation Mentality: Selected Aspects of the Political, Legal and Cultural History of Poland Since 1989

For the first time in two centuries, a generation of Poles was born and came of age in an independent country. This fact, which has not yet been fully appreciated, has enormous consequences for Polish culture and politics. Moreover, the myth of the West as the Promised Land, which reigned in Poland's social imagination in the post-communist period after 1989, has faded. The future of politics in Poland, therefore, is radically undetermined, which made the victory of illiberal populists possible. In my project, I would like to examine various aspects of the end of the occupation mentality in Poland.

As celebrations of the thirtieth anniversary of the fall of communism come to an end, the commemorative atmosphere in post-communist countries has acquired a bittersweet quality. On the one hand the end of communism is being officially celebrated. The citizens are reminded of how important it was to regain political freedom in addition to the tremendous economic success they have enjoyed. On the other hand, in this year of 2019, there has been a notable lack of euphoria accompanying the ceremonies and not without good reason.

Also attendant to the celebrations have been certain key words repeated at every turn - words such as "populism," "extreme right," "illiberal democracy" and even "authoritarianism." Among other Central and European countries, Poland is of particular concern due to the nationalist-populist Law and Justice government created in 2015.

Most attempts to explain the astonishing political developments in Poland refer either to the countrys communist past and the fact that its democracy is still seen as young and unstable, or much wider processes such as globalization and Europeanization will be adduced. But much less attention has been given to historical explanations - which is to say that novelty, change and discontinuity have tended to overshadow the obvious yet understated continuities.

We can shed additional light on today's crisis of democracy by examining Polands legal and institutional history in a longue durée context. Those habits operative across timespans of more than just a few decades not only strongly influenced the political heirs just after the collapse of communism but also functioned as a cultural "filter" with respect to everything built after 1989.

I will be focusing on Poland's cyclical loss of sovereignty starting in 1795, then I will discuss the political consequences of two interesting processes. Firstly, what effect have these two centuries of lost sovereignty had on collective identity and political action in today's Poland? Secondly, what is the political significance of the fact that for the first time since the eighteenth century we now have a generation which was born, raised and has come to maturity in an independent Poland?

Playing the law : the attitude of Polish dissidents towards post-stalinist and international law before the period of solidarity

The two faces of European disillusionment : an end to myths about the West and the East

Playing the Law : the Attitude of Polish Dissidents Towards Post-Stalinist and International Law before the Period of Solidarity
Sage more publications in the Fellows' Library