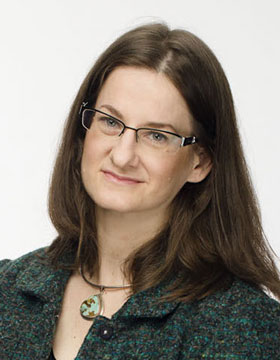 Born in 1975 in Belgrade
Studied History at the University of Michigan, Ann Arbor

How and why did the Ottoman Empire evolve from a 14th-century polity where ambiguity between Sunnism and Shiism prevailed into a state concerned with defining and enforcing a "Sunni orthodoxy" by the early 16th century? What were the social consequences of this process and who were its agents as well as its discontents between c. 1450 and 1750? Was this phenomenon in any way related to the religio-political developments in other communities in the Ottoman Empire and beyond during this period? During my Fellowship at the Wissenschaftskolleg, I plan to co-author a monograph together with my colleague Derin Terzioglu that would sum up the results of our five-year-long research into these questions. We argue that the Ottoman engagements with the Sunni tradition and attempts to define a Sunni orthodoxy and orthopraxy were decisively shaped by the changing political and intellectual dynamics of post-Mongol Eurasia and the Ottoman experience of empire-building. However, they were also in dialogue with the dynamics within non-Muslim, especially Christian communities, both in the Ottoman Empire and beyond (via missionaries, converts, and all sorts of "trans-imperial subjects"), which were, in turn, informed by the new push to articulate confessional orthodoxies in the wake of the Reformation. In our book, we make a case for an "entangled history of confessional polarization" that spanned early modern Eurasia, and we explore its social consequences in different communal and geographical settings across the Ottoman Empire. Our goal is not only to shed light on the nature of these entanglements in the Ottoman context, but also on how they affect our understanding of early modern history and the role of religion in this era. My own research explores normative genres, such as Ottoman Sunni catechisms, sermons, and anti-Shii polemics to examine how "Sunni-ness" was defined and taught by various Ottoman authors, as well as how the discourses on "true" faith and "correct" practice were embedded in various strands of the Ottoman debate on moral authority and imperial governance. At the same time, I also study Sunni, Shii, Catholic, Orthodox, and Protestant catechization strategies, as both social and textual practices, shedding light on the dialogue and "borrowing" among various agents of confession-building who were active in the Ottoman Empire.

Krstic, Tijana. "State and Religion, 'Sunnitization' and 'Confessionalism' in Süleyman's Time." In The Battle for Central Europe: The Siege of Szigetvár and the Death of Süleyman the Magnificent and Miklós Zrínyi (1566), edited by Pál Fodor, 65-91. Leiden: Brill, 2019.
-. Contested Conversions to Islam: Narratives of Religious Change in the Early Modern Ottoman Empire. Stanford: Stanford University Press, 2011.
-. "Illuminated by the Light of Islam and the Glory of the Ottoman Sultanate: Self-Narratives of Conversion to Islam in the Age of Confessionalization." Comparative Studies in Society and History 51, 1 (January 2009): 35-63.

Recent studies on the concept of "early modernity" have built a loose consensus around a set of post-1400 developments that define the period up to c. 1800 as a distinct historical era on a global scale. These developments are said to have included much greater mobility and connectedness thanks to sea passages that for the first time connected the Atlantic, Pacific, and Indian oceans; accelerating bureaucratization and administrative centralization of early modern states; monetization and growing market specialization; urbanization; rising literacy rates and textuality that went hand in hand with vernacularization; shared military technologies; etc. However, anything pertaining to religion is rarely included in the list of criteria.

In contrast, the argument of the project I have been working on with a team of scholars for the past five years (OTTOCONFESSION, ERC Consolidator Grant, #648498) is that there was a broader religio-political trend, a conjuncture that we dubbed the "age of confessional polarization," in which the notions of religious reform and renewal led to the new concepts of community and sovereignty that, in turn, fueled the processes of confessional polarization across large parts of early modern Eurasia, including the Habsburg, Ottoman, and Safavid Empires. This conjuncture stemmed from several interrelated dynamics that had to do with synchronous processes of building sedentary, dynastic, bureaucratic empires with universalist and messianic claims; inter-imperial competition rooted in shared political theologies; trans-imperial movement of different groups and individuals in this age of increasing mobility and connectedness; and comparisons and commensurations that it triggered.

The talk will focus on how this global religio-political conjuncture manifested itself in the Ottoman Empire where, by the early 1500s, the exigencies of empire-building caused a shift from what scholars have described as ambiguity between Shiism and Sunnism to a greater concern with defining and enforcing a Sunni orthodoxy and persecuting dissent. This initiated an era of confessional and territorial polarization between Sunnism and Shiism that left a decisive imprint on the region to this day. What was the nature of this Sunni orthodoxy and how was it articulated, taught, enforced, appropriated, and resisted? I will outline answers to these questions based on the analysis of religious primers or catechisms (ilmihal) from the sixteenth and seventeenth centuries, written in Ottoman Turkish by Muslims from different social and educational backgrounds coming from the Lands of Rum (Ottoman Balkans and Anatolia). In addition to situating Ottoman catechisms diachronically, with respect to Islamic tradition and questions of continuity and change, I will also juxtapose them with contemporary Christian catechisms circulating in the Ottoman Empire to discuss how they fit in the synchronic cross-confessional perspective of teaching the basics of faith in the age of confessional polarization.

In the final part of the talk, I would like to move away from the content of these texts to the manuscripts in which they are found today and to offer some preliminary thoughts on what insights manuscript as medium can offer for exploring this trans-regional and trans-religious early modern conjuncture. I hope to further develop this aspect of my analysis during my remaining time at Wiko.

Illuminated by the light of Islam and the glory of the Ottoman sultanate : self-narratives of conversion to Islam in the age of confessionalization