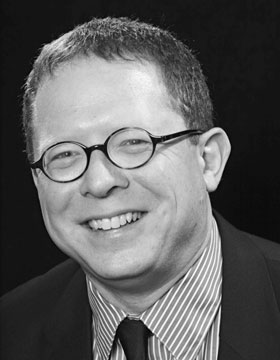 Scholarship on Jorge Luis Borges has given pride of place to deserving aspects of his writings, but it has not sufficiently noticed the extent to which the two world wars were among the central concerns of his essays from the 1920s until the 1940s and are recurrent motifs in his fictional world.

In a broad sense, I am interested in what happens to culture and art in the aftermath of war. I have been inspired by Aleida Assmann's pioneering work on memory studies and by Heiner Muhlmann's suggestive claim that cycles of stress and relaxation before and after military conflicts are privileged vantage points from which to consider cultural and artistic developments. In the specific case of this project, I am interested in underscoring the significance of both South American and European wars to better understand Jorge Luis Borges' intellectual biography and his contributions to literature. For the purposes of this presentation, I will focus on the two world wars, but wars in South America are just as central to my research. Indeed, there are important connections to be made between Borges' meditations on the two world wars and his approach to war in the history of his native Argentina, particularly in its formative period.

I will begin my presentation on the European war contexts and subtexts of Borges' literary oeuvre with an account of his formative years in Switzerland, where he lived with his family for the duration of the Great War. I will then explore the extent to which Borges paid close attention to the literature of the First World War when he returned to Argentina in the 1920s, to the rise of Fascism and National Socialism in Europe in the 1930s, to the impact of these movements in Argentina, and to the Second World War itself after it broke out. In the second half of my presentation, I will illustrate the significance of the two world wars in Borges' narrative fiction in three of his signature tales: "Pierre Menard, Author of the Quixote," published in 1939, when he was certain a catastrophic European war was in the offing; "Tlön, Uqbar, Orbis Tertius," published in 1940, just after the Second World War had begun; and "Deutsches Requiem," which he wrote as a response to the Nuremberg Trials in their immediate aftermath. Time permitting, I will also discuss "The Garden of Forking Paths" as an example of a story set in the First World War.

Jorge Luis Borges's literary response to anti-semitism and the Holocaust

The book of sand and Shakespeare's memory

Yves Bonnefoy and Shakespeare as a French poet

From utopia to reconciliation : The Way to Paradise, The Bad Girl and The Dream of the Celt

The total novel and the novella : conversation in The Cathedral and The Cubs