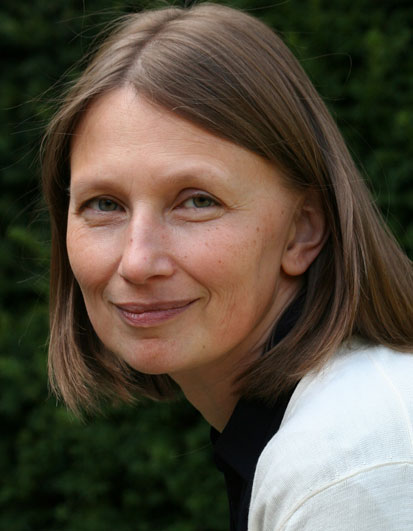 Professor of Anthropology and Religious Studies

Born in 1971 in Sverdlovskaya oblast', USSR
Studied History at Ural State University, Yekaterinburg and Anthropology at the European University at St. Petersburg

Ancestors and Ghosts: the Soviet Past in the Russian Religious Imagination

Contemporary Russian society - political elites, social activists, and common people - works constantly and persistently with the public memory of the Soviet past. One of the central projects in this field concerns practices of commemoration and material aspects of dealing with relics of the victims of the Soviet regime. The exemplar personages of this "usable past" are the last Russian tsar's family, killed by the Bolsheviks in July 1918, found near Ekaterinburg in 1991 and canonized by the Russian Orthodox Church as saints in 2000. Despite this canonization, the Russian Orthodox Church has not recognized the authenticity of the "Ekaterinburg remains". This situation of uncertainty opens doors for creating conspiracy theories and other mythologies in which the Soviet past is re-imagined in all ways possible. The political dispute over the Romanovs' deaths and public debates on the posthumous destiny of their remains reveal some key points of political imagination in Russia today, as well as a surprising combination of secular and religious arguments. How are we to interpret this event? Was it a political act and the beginning of the Great Terror or a mystical event? Who were the murdered  victims who still cry for worldly justice or maybe the holy saviours of the nation that will resurge after a collective prayer of repentance? The project focuses on debates about the authenticity of the Romanovs' remains and analyses different "regimes of truth" supported by the opponents.

Kormina, Jeanne (with Sonja Luehrmann). "The Social Nature of Prayer in a Church of the Unchurched: Russian Orthodox Christianity from its Edges." Journal of the American Academy of Religion 86, 2 (2018): 393-424.
-. "Inhabiting Orthodox Russia: Religious Nomadism and the Puzzle of Belonging." In Praying with the Senses: Contemporary Eastern Orthodox Spirituality in Practice, edited by Sonja Luehrmann, 143-162. Bloomington: Indiana University Press, 2018.
-. "Canonizing Soviet Pasts in Contemporary Russia: The Case of Saint Matrona of Moscow." In A Companion to the Anthropology of Religion, edited by Janice Boddy and Michael Lambek, 409-424. Chichester: Wiley Blackwell, 2013.

Achille Mbembe defined necropolitics as an ultimate expression of sovereignty: the power to dictate who may live and who must die - and how. The charm of the term provoked social researchers to change its original usage and apply it to the analysis of the political lives of dead bodies rather then live and suffering subjects of the sovereign power. This is proved by works on various kinds of politically charged cases of reburials, either processed - in the many cases of the discovery of mass graves of genocide or civil war victims - or just widely debated, like Lenin's body in the Moscow mausoleum. Following this line of thinking, this paper tells the adventurous yet unhappy story of the remains of the last Russian Tsar Nikolas II and his family, who were killed in Yekaterinburg in 1918, discovered in 1979, found again (partially) in 1991, buried in 1998, canonized as saints by the Russian Orthodox Church in 2000, and the rest of the bodies found but still unburied in 2007. Thoroughly researched in the cause of official criminal investigation and identified with genetic tests in several labs in Russian and abroad, the bones have not been recognized by the Church, to a great dissatisfaction of a group of the local enthusiasts, activists, and cultural entrepreneurs who participated in the discovery of the remains and believe strongly in their authenticity. This paper focuses on contested vernacular concepts of truth and practices of truth making as I observed them during my field research in Yekaterinburg.

Inhabiting Orthodox Russia : religious nomadism and the puzzle of belonging

Canonizing Soviet pasts in contemporary Russia : the case of Saint Matrona of Moscow

Russian saint under construction : portraits and icons of Starets Nikolay

Religious Activism between Politics and Everyday Life: Mobilizing and Mediating the Religious in Eastern Europe and in the Caucasus