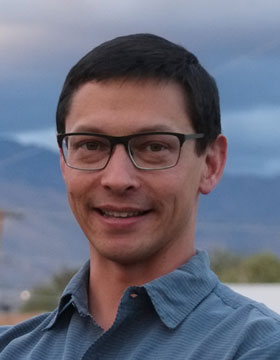 The Ecological Consequences of Communication Between Species

Our spotty knowledge of the ecological impacts of communication is often remarked, but seldom investigated. Perhaps the best understood cases are the formation, maintenance, and coordination of mixed-species groups and the recruitment of parasitoids by plants that have been attacked by herbivorous insects. Yet even for these instances, we have little information on how the transmission of information changes the sizes of the populations of species that participate or the composition of their communities. Answering these questions is critical to understanding how the information that flows between species affects the architecture of their communities.
This project will produce a synthesis of current knowledge to establish the state of the art, identify major directions for research, and articulate a vision for the ecology of communication. Focusing on signals that are sent between species, it includes the following: warning signals, Batesian (dishonest) and Müllerian (honest) mimicry, alarm calls, mixed-species flocks, herbivore-induced plant volatiles that recruit parasitoids, flowers that signal to pollinators, territorial signals that function between species, and displays of aggression. I will leverage both ecological interactions and network theory to create a holistic view of the way that species interactions are regulated by signals, and the consequences that their exchanges of information have for the structure of biodiversity.

Ecology is the study of how organisms interact with their environments, including other organisms. Evolution is the process by which a population of organisms changes across generations. Ecology can influence evolution because organisms will adapt to their environments. It was long assumed that evolution took place too slowly to have measurable effects on ecology. But this is not so - natural selection can produce large changes in just a few generations. Reciprocal effects between ecology and evolution are instead a more accurate way of depicting life. We must understand this dynamical feedback to accurately make predictions about ecosystems.

I study the evolution of deceptive mimicry - in other words, when organisms evolve to tell lies by "pretending" to be another kind of organism (which we call the "model"). They often do this to escape from their predators by mimicking prey that have defenses like venom or poison. Mimicry has yielded many insights into the process of evolution, yet it also has obvious potential to impact ecology. Because mimics are often good to eat, by resembling defended organisms they may not just gain protection for themselves - they may also increase attacks on their models! My project is to understand how the evolution of mimicry will affect the populations of both the mimic and its model. Possible outcomes include a population-level benefit to the mimic at the expense of the model, no effect on either population if their numbers are not limited by predators, or the collapse of the mimicry system through the extinction of the model.

The effect of predator population dynamics on Batesian mimicry complexes

Why aren't warning signals everywhere? On the prevalence of aposematism and mimicry in communities

Cost of learning and the evolution of mimetic signals

Imperfect mimicry and the limits of natural selection

Why aren't Warning Signals Everywhere? On the Prevalence of Aposematism and Mimicry in Communities
Wiley-Blackwell