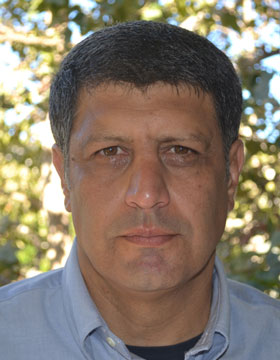 A Multicultural Entrapment: Religion and State Among the Palestinian Arabs in Israel

In the nation state structure that assumes an official status for the majority religion, as is the case in Israel, there is a dominant constitutional force deeming the jurisdiction of minority religions a form of multicultural "accommodation". This accommodation, in turn, gives rise to a unique, acute, undetected and heretofore unstudied individual predicament for vulnerable minority members who are subject to the patriarchal religious norms of their respective religions. This is the "multicultural entrapment" that emerges, first, in light of the substantive jurisdictional authority held by the minority religious communities. Second, the Israeli nation state structure actively boxes individuals in their respective religious identities, thus severely limiting the civic sphere that seeks to compete for the well-being of all citizens alike and to offer an alternative to which minority members can at least opt out to. Moreover, evaluated in reference to what I call "multicultural qualifications", the religious jurisdictional authority of the Palestinian Arab minority does not qualify as multicultural, but is in fact a control mechanism. Nonetheless, institutional interests, including those of minority leadership, work to mask this jurisdictional authority as a liberal minority accommodation. Identifying the individual predicament that results from religious jurisdiction over individual personal status as a multicultural entrapment enhances the prospects of offering mechanisms to alleviate it. By addressing this multicultural entrapment, the proposed project departs from the existing discussion, as it focuses on individual predicaments of religious minority members in the context of a nation state, rather than in the usual context of a Western liberal democracy; and it departs from the discussion of religious minorities in nation states by exposing oppression as a consequence of over-accommodation, rather than in the usual context of under-accommodation.

Karayanni, Michael. "Multiculturalism as Covering: On the Accommodation of Minority Religions in Israel." The American Journal of Comparative Law (16 November 2018). doi.org/10.1093/ajcl/avy039.
-. Conflicts in a Conflict: a Conflict of Laws Case Study on Israel and the Palestinian Territories. Oxford et al.: Oxford University Press, 2014.
-. "Groups in Context: An Ontology of a Muslim Headscarf in a Nazareth Catholic School and a Sephardic Ultra-Orthodox Student in Immanuel." Law & Social Inquiry 41, 4 (2016): 789-1115.

My presentation will open with an inquiry into the nature of the Israeli debate over religion and state - a debate that is Jewish-centered, especially when it comes to halacha (Jewish law) in matters of personal status. This would seem rather peculiar in light of the fact that those issues touching upon the state and minority religions take center stage in many other countries around the world; and over 20 percent of the Israeli population is non-Jewish - Muslims, Christians, the Druze - who have their own religious laws which govern their members in matters of personal status. I will posit a thesis explaining this Israeli phenomenon in which different values characterize the religion and state debate in this and possibly other countries as well. I have dubbed this the Janus-faced thesis: The Jewish religion and Israeli state are informed by two different values - Judaism as the official state religion, yet the recognition accorded to Jewish religious institutions, especially the rabbinical courts, is considered illiberal (the public-illiberal paradigm) - while the Palestinian-Arab religion and state is informed by two values which are exactly the opposite, for Palestinian-Arab religions are unofficial (private) but liberal if and when recognition is accorded to their religious institutions (the private-liberal paradigm). This Janus-faced thesis identifies a peculiar predicament among individual Palestinian-Arabs: not much of liberalism is left to protect them against encroachment of their patriarchal religious norms applied by their religious communities. However, in light of the fact that their religious jurisdiction is not liberal (multicultural) even though it is presented as such, their predicament is essentially a form of entrapment.

Multiculturalism as covering : on the accommodation of minority religions in Israel

Groups in context : an ontology of a Muslim headscarf in a Nazareth Catholic school and a Sephardic ultra‐orthodox student in Immanuel

Conflicts in a conflict : a conflict of laws case study on Israel and the Palestinian territories CILE studies ; 5

In the best interests of the group : religious matching under Israeli adoption law

Multiculturalism as Covering: On the Accommodation of Minority Religions in Israel