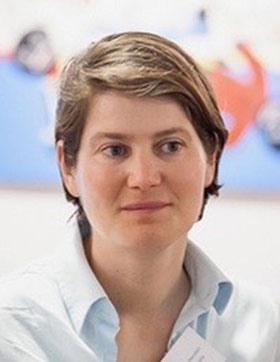 Warning signals and Mimicry - Predator Defense in Insects and Spiders

Predators are powerful agents of selection that target the shape, size, and smell of their prey. The evolutionary outcomes of this relentless predation pressure on prey are crypsis, bold warning colors, and deceptive mimicry. This process is not static, but dynamic - predator individuals that are able to detect, overcome, and see through disguises will have greater foraging success; and prey individuals that are even better at hiding, repelling, and deceiving will have greater survival rates. This dynamic plays out on long evolutionary scales (over millions of years) and every season on much smaller ecological scales.

Together with Johanna Mappes and David Kikuchi, I am trying to understand why prey that use warning colors or deceptive mimicry are so variable in shape and color - for example, some spider species mimic ants perfectly (thereby avoiding most predators that are averse to ants), while other are barely convincing, at least to the human eye. And why are warning signals within a species so variable - surely consistency in the message is important? Do predators even perceive this variation and does this variation matter to predators?

In this seminar, I will present some work that has led up to our Wiko project and describe the progress we have made since at the Wiko. Time permitting, we might even play an online game, where you can be the predator. I will also set aside some time to answer any questions related to spider biology you might have.

The effect of predator population dynamics on Batesian mimicry complexes

Why aren't warning signals everywhere? On the prevalence of aposematism and mimicry in communities

An integrative framework for the appraisal of coloration in nature

Pollinator deception in the orchid mantis

Why aren't Warning Signals Everywhere? On the Prevalence of Aposematism and Mimicry in Communities
Wiley-Blackwell

Warning Signals and Mimicry - Predator Defense in Insects and Spiders