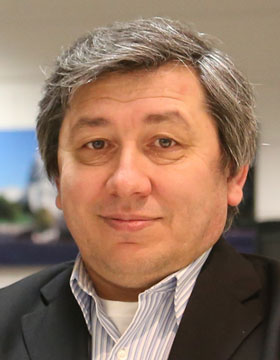 Dashed Hopes for Democracy: the History of Post-Soviet Azerbaijan

In 2021, Azerbaijan will celebrate 30 years of independence, which this young nation gained after the fall of the Soviet Union. During these years, Azerbaijan has gone through various transformations and landed somewhere that could not have been imagined in the early years of independent life. Once touted as the first Muslim democracy in the world, Azerbaijan has become the first post-Soviet nation to establish a dynastic family rule. Instead of liberal democracy, a consolidated authoritarian regime has emerged from the ashes of the Soviet Union.
What were the internal dynamics and external factors that paved the way to this failure? What should be blamed: the Soviet legacy, Islamic culture and identity politics, corrupt elite and rulers, geography and geopolitics, or a complicated combination of all of the above? The purpose of my project is to try to answer these questions, i.e., to write an account of post-Soviet Azerbaijani history.
Given the current political climate in Azerbaijan and particularly the regime's control of universities, publishing houses, and intellectual activities, it is nearly impossible to publish objective accounts of Azerbaijani history inside the country. While all humanities disciplines are strongly controlled by the state and are used as ideological tools in state propaganda, history is increasingly the most restricted of these fields. It is used as a primary ideological tool in state propaganda, and the government does not tolerate any interpretations of the nation's history other than the official one, which was changed and adapted to the ideological preferences of the ruling Azerbaijani elite after the collapse of the Soviet Union.
However, there is great interest and even demand for an impartial account of events of the last 20 to 30 years in Azerbaijan, especially among the young generation, who have grown up during the last couple of decades. These young people are hungry to read accounts of national history different from the state's version. As a historian well known in the country, I have personally received many letters and messages asking me to write this history. In fact, these requests are among the primary reasons why I decided to embark on this difficult, probably controversial, but greatly needed task.

In his influential work titled "Imagined Communities: Reflections on the Origin and Spread of Nationalism", the Irish political scientist Benedict Anderson wrote, "Communities are to be distinguished, not by their falsity/genuineness, but by the style in which they are imagined."

Alexandre Bennigsen, a prominent Russian-French historian of Islam in the Soviet Union, wrote in a paper prepared for the Kennan Institute during the Cold War that the "culturally independent, economically prosperous (...) Azerbaijani community developed a strong national consciousness that became manifest in the early years of the 20th century in the emergence of a powerful and sophisticated national movement". After the fall of the monarchy in Russia, during World War One, this national movement produced the so-called first Muslim parliamentary democracy in Azerbaijan. However, the brief period of independence ended with the Soviet expansion into the region in 1920-21. Yet, the nation-building process continued under the Communist state as a part of the Soviet "Korenisazija" (nativization, literally "putting down roots") policy. In 1991, after the breakup of the Soviet Union, Azerbaijan regained its independence. But unlike the glorified Democratic Republic of the early 20th century, after a decade of independence, at the beginning of the 21st century, Azerbaijan was transformed into the first and so far the only dynastic autocracy in the post-Soviet space, preserving a republican form of government only in its name and pro-forma institutions.

Both in the early twentieth century and during the protests of the late 1980s and early 1990s, the movements for independence in Azerbaijan were led by local, secular, nationalist intellectual elites. However, as we have seen above, the outcomes were strikingly different. The aim of my research is to show the key differences between two groups of elites: one shaped in pre-revolutionary Russia starting in the mid-19th century, and the other formed after World War Two under Soviet rule. I will do this with a chronological description of the main developments in the process of "imagining" and "inventing" the community. Among other things, I will analyze how the differences between these two groups of elites shaped the rise of republicanism in early 20th century and the emergence of dynastic authoritarianism after the fall of the USSR.

Halted democracy : government hijacking of the new opposition in Azerbaijan