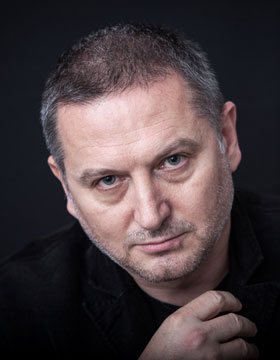 "Only the fleeting and ephemeral are worth recording."
Gaustine, "The Forsaken Ones"


I will read short excerpts and will talk on a few miscellaneous topics that have haunted me through years and books, finished and unfinished, including my current one.

Why does the un-happened (personal and historical) matter, sometimes even more than things that actually happened? If we paraphrase Tolstoy, we could say all things that happened are alike; each un-happened one is un-happened in its own way.

Could the small, personal, and everyday give us a glimpse of the sublime?

Where is "the saddest place in the world" and how are we to pronounce the Bulgarian word for sorrow?

The anti-monumental fly ("Natural Novel"); the Minotaur as the abandoned child of Antiquity; and the slug that can cure an ulcer ("The Physics of Sorrow"): narrating through different points of view.

The titles of my novels oblige me to say a few words about the possible osmosis between literature and science (natural history, biology, physics, sociology...).

Through all of these, I will try to speak about the place I come from. Though, according to Gaustine, a character who roams across times and texts, we are all emigrants from our childhood country.

I will also share the questions and research hidden behind the novels and some documentary and social projects related to them.

P.S. Childhood, its first fears, and memory of the recent past are in the center of the novel that is my current work-in-progress. So, feel free to contribute your personal childhood fears to the fear capsule.