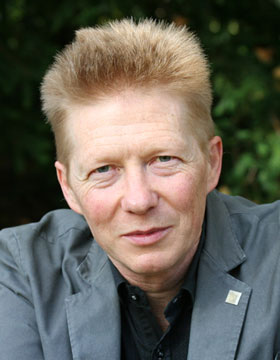 When I told you about my project over lunch or dinner, in pre-Corona times, many of you were puzzled or fascinated by the topic: could a bee dream? And if so, how would we know? Even more, isn't this a topic that digs into questions about consciousness and the like - but would we really want to attribute such typically human mental capacities to these furry, flying critters?

In an essay with the captivating title "What is it like to be a bat?", Thomas Nagel writes: "I assume we all believe that bats have experience. After all, they are mammals, and there is no more doubt that they have experience than that mice or pigeons or whales have experience. I have chosen bats instead of wasps or flounders because if one travels too far down the phylogenetic tree, people gradually shed their faith that there is experience there at all."

Contrary to Nagel, my hope is that, by moving away from animals that we feel related to, we may also move away from arguments such as "I assume" and into evidence-based "the data shows". This is one of the motivations for working with insects: they have complex behavior, but are sufficiently alien to us as to preclude (to a large extent) the temptation of projecting our own mind onto them.

I will cover three topics:

1. Do bees dream?
Several aspects need to be covered here: do bees sleep? Does sleep show different phases? What does brain activity look like in the awake bee and in the sleeping bee, and - if the brain is active during sleep - what does that activity mean?

2. Do bees use maps to navigate?
Assume a foraging bee collects nectar. If, in a dream, she would recapitulate her visit to the flower, would that happen in an inner representation of the outer world? And, if so, would we call this a map?

3. Do bees have intentionality or consciousness?
Intentionality, like many concepts in this semantic cloud (consciousness, agency, experiences...), is ambiguous, because different scholars use the word with different associations, connotations, and usually with fuzzy definitions. Going back to the original definition by Franz Brentano in 1874, we would attribute intentionality to the bee when a bee dreams (assuming the answer to question 1 is positive) or when she uses a mental map (assuming the answer to question 2 is positive), since she creates an inner (mental) representation of an outside world (to what extent that world needs to correspond to the real world is irrelevant here). The bee would have consciousness, if she herself were part of that world, i.e., if she would dream not "just" a flower meadow, but also dream of herself flying in that meadow.

I am convinced that these questions are objective and scientifically tractable questions that, in the end, will have answers such as "Yes, because the data shows that..." (or no, if the data refutes the assumptions), with the open ending that even those findings may be falsifiable by later experiments. The aim of my project is to develop appropriate experimental approaches to address these issues.

Olfactory coding in the insect brain : data and conjectures

Neurosciences - from molecule to behavior : a university textbook

Honeybee neurobiology and behavior : a tribute to Randolf Menzel