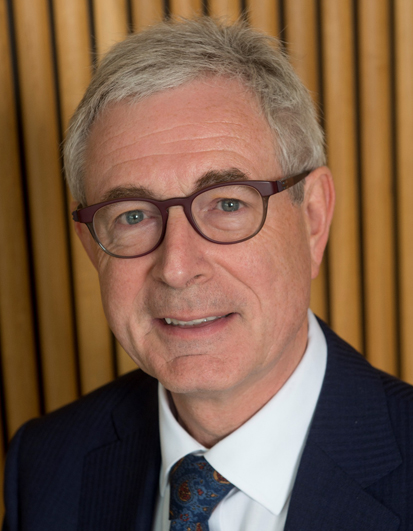 When I began my clinical practice in 1980, there were no treatments for stroke, a medical condition that will affect more than 1 in 4 people during their lifetime.

In the early 1980's, we explored the use of brain imaging, which for the first time allowed us to see what was actually happening to the brain, in real time, during an acute stroke. Combining both arterial and brain imaging allowed us to differentiate the various causes of stroke: cerebral hemorrhage (apoplexy), blockages of small penetrating blood vessels and occluded large vessels as a result of embolism, which akin to a heart attack, became known as a brain attack.

In the late 1980s we began to develop treatments, adapted from cardiology's treatment of heart attack, to open these occluded large arteries and restore blood flow to the brain. Imaging allowed us to quantify, stratify and select patients for appropriate intervention. Subsequent trial methodology allowed evidence-based medicine to demonstrate not only safety but also highly significant efficacy in a reproducible and accurate way.

While we have been successful with the restoration of blood flow to the brain, much of my recent experimental work has been in developing agents that protect brain-cells to reduce brain injury and buy more time to effect successful treatment in the wake of an acute stroke. Our problem has been with the unbridled enthusiasm of the proponents of various hypotheses, a lack of proof of concept studies, and a failure to translate and generate clinically effective therapies.

In my presentation, I will focus on the lack of experimental physiological control, critical analysis and the reproducibility of the accumulated data initially derived from models, and then show how and why these prototype agents failed in clinical trials. On a more upbeat note, I will show that effective methods to preserve brain-cell function can make our brains less susceptible to stroke. We are using observations on the brain cells in the hippocampus, some of which were originally described by Santiago Ramón y Cajal in the late 19th century, to understand how certain kinds of neuronal cells survive when others die. This approach, which I have termed endogenous neuroprotection, could be developed, and would be almost analogous to developing a vaccine, to protect the human brain at risk from the restriction of blood supply to the brain as we age.

It is my hope that in the questions and discussion, we can move on from what has been successful, reproducible and translatable, and analyze how experimental data, the exaggerated claims, and the lack of responsibility by investigators, funding agencies, publishing houses, institutions and industry have led to bad science, bad medicine and bad public policy. To be sure, some of the difficulties we have had with stroke research over 40 years can be compared with some of the knee-jerk responses during these initial, 4 months of the 2019-20 COVID-19 pandemic.

Above and beyond a discussion of stroke and ageing, my aspiration for the colloquium is to explore how we can achieve accountability, accuracy and reproducibility in making scientific claims. How should we ensure that there is adequate scrutiny of data and preliminary inferences to preclude the dissemination of flawed assertions and advice that have a negative impact on public health policy, increasing rather than decreasing risks to society and to the freedoms we hold so dear?

Neuroprotection in stroke : the importance of collaboration and reproducibility

Robust research : institutions must do their part for reproducibility

Endogenous neuroprotection : Hamartin modulates an austere approach to staying alive in a recession