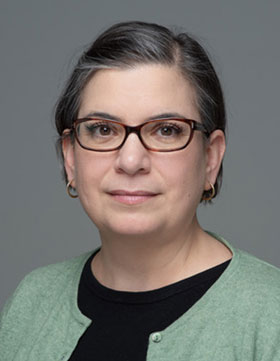 In ancient Mesopotamia, gods and goddesses were embodied in statues that were brought to life through mouth-opening and mouth-washing rituals. Once alive, the statues had to be given food and drink daily. This daily ritual of feeding the gods is at the center of my research project, because it offers an opportunity to study societal, gender-related, religious, and economic aspects of religious beliefs in one of the most ancient literate societies in world history.

Previous studies of Mesopotamian religion have either focused on the rich mythologies written in the Sumerian and Akkadian languages or relegated Mesopotamian beliefs to a "primitive" or "prehistoric" stage of human religious history. In part this is due to the close contacts to the Biblical world, in which Mesopotamian beliefs and forms of worship were polemically described as "idol worship."

It is the goal of my project at Wiko to use the ritual of feeding the gods to argue that it is not productive to approach religious history from a social evolutionary perspective. While my research focuses on the divine statue/body, I disregard art historical aspects and instead focus on the role that the ritual of feeding the gods played in society. I will illustrate this by discussing two points in detail, one related to the religious agents, in particular women in priestly offices, and the second connected to economic aspects of this worship.


1) Religious agents: in early Mesopotamia (3rd and early 2nd millennia BCE), women were frequently employed in priestly offices. Through their positions, women acquired social but also a certain degree of economic power. I will illustrate this with several individual examples. I will use these examples to critically examine modern scholarship that has often interpreted these women as having served as sacred prostitutes in temples.

2) Economy and society: to this day, scholars debate whether ancient the Mesopotamian economy was profoundly different from modern economies (in particular, debates revolve around the existence of markets and whether the economy was profit-oriented or whether social relations were more important). While it will not be possible to solve this debate within the framework of my project, I will attempt to shed light on the role that religion may have played in the Mesopotamian economy. The daily offerings to the gods involved a substantial economic expense; not only temples, but also kings and ordinary people contributed to these food offerings. The food offerings were subsequently redistributed; what does this tell us about the function of food offerings for the community and for individuals?

The marginalization of priestesses in ancient Mesopotamia

Šamḫat : deconstructing temple prostitution one woman at a time

To eat like a god : religion and economy in old Babylonian Nippur

Of gods and kings : divine kingship in ancient Mesopotamia

Religion and power : divine kingship in the ancient world and beyond Oriental Institute seminars ; No. 4

Šamḫat : Deconstructing Temple Prostitution One Woman at a Time
Zaphon more publications in the Fellows' Library