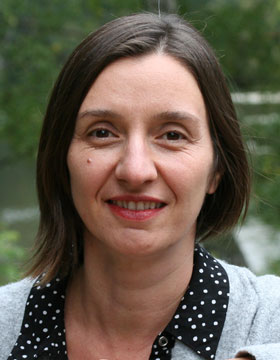 Although the association of sexuality with honour was not a novel phenomenon for Ottoman society, the "violation of honour" (hetk-i irz) is one of the most frequently encountered concepts in eighteenth-century Ottoman legal documents. The recurring presence of this concept in official correspondence represents the development of new parameters concerning relations between the early modern state and its subjects, as expressed in moral terms. The Ottoman central government's claim to protect the honour of its subjects reflects a dialogic process in which subjects started to use new types of legal terminology to request the intervention of the state in local matters that threatened their well-being.
This project argues that such a relationship or claim to honour began to establish a state-society relationship based on citizenship rights to the protection of life, honour and property well before the so-called reform era that began with the Tanzimat Edict of 1839. Analysing this continuity in the Ottoman legal discourse on honour, this project aims to trace continuities and changes in Ottoman governmental and punitive techniques of moral order, from the mid-eighteenth century to the early decades of the Tanzimat era, namely the 1840s and 1850s. Thus, it aims to investigate how the genders and sexualities of Ottoman subjects were contested and reshaped in accordance with changing constitutional arrangements in this transition.
My research has three interrelated focuses. Firstly, I investigate the correlation between legal discourse on honour and morality, on the one hand, and the legal practices governing sexual order, on the other. Secondly, I take a closer look at the punitive order by comparing eighteenth-century legal documents with the Tanzimat criminal codes of 1840, 1851 and 1858. In so doing, I explore continuities and ruptures in the surveillance techniques of the Ottoman imperial government. Finally, I scrutinize the appellate system. By concentrating on the gradual shift from a loosely defined appellate structure, which emerged in the eighteenth century, to a more bureaucratized and hierarchized one of the nineteenth century, this project aims to analyse the governmental technologies of the Ottoman state and thus gain an understanding of the nature of political power when transiting from an early modern structure to a modern one.

Honor is not a fixed and universal concept. As with many other concepts, it acquires different meanings for individuals and societies in diverse historical contexts. While honor has mostly been associated with the past (either with traditional/tribal/communal or aristocratic values) in modern times dignity as a "natural and inviolable right" still occupies a very important place in human rights and constitutions. Yet the current Turkish Constitution (1982) defines "leading an honorable (onur-lu) life" as the innate right of every Turkish citizen. Why is honor or dignity most often linked with justice? Is the relationship between justice and honor a constitutional agreement between the state and the citizens/subjects? Is it universal? Or are there historical specificities involved in this pairing? And if so then is it a modern phenomenon, i.e. something concomitant with the foundation of modern states, or are there other historical roots in earlier forms of governance? If it goes back to earlier epistemological and legal settings, what in fact are they? And finally, what are the social implications of this relationship in different times and places?

My presentation will think through these questions in the context of Ottoman history and its historical bequest to the Turkish Republic. I will trace the concept of honor in Ottoman legal practice and discourse and its changing meanings over time. I argue that the recurring presence of honor in the "petitioning" correspondence between the central Ottoman government and its subjects in the eighteenth century betokened the development of new moral parameters framing the relationship between these two. Although the idea of the "circle of justice" (daire-yi adliyye) had already conceptualized a reciprocal relationship between the government and its subjects on the basis of legitimacy and justice, a persistent emphasis on honor - with regard to sexual violence but not necessarily restricted to it - in the legal terminology now pointed to a new moral discourse which would unfold in the eighteenth and nineteenth centuries. Yet the legal codification of honor in nineteenth-century criminal codes reflected a novel constitutional construction of gendered citizenship with respect to reproduction in the conjugal family by way of a partnership between the patriarchal state and its male subjects. I will conclude my presentation by exploring the gender dimensions of the penal definition of honor with regard to the configuration of the Ottoman Empires new subjects.