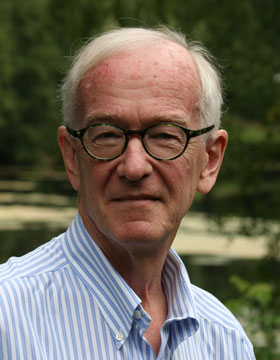 Theorizing in Social Theory: What It Is and How to Do It

My book The Art of Social Theory (Princeton 2014) is the first part of a larger project that I will continue to develop during my year at the Wissenschaftskolleg. In this work, I attempted to further develop social theory by focusing primarily on theorizing or the process that precedes the final formulation of a theory. In doing so, I am especially interested in understanding what happens in the so-called context of discovery, and how this can be used to improve today's social theory. My primary reasons for working on this topic are two, namely (1) to advance social theory by learning more about the practices that are needed to produce a theory (and how to handle theory in empirical research) and (2) to devise new ways of teaching theory to students (beyond the quantitative and qualitative methods with which they are currently being taught, namely with exercises and "hands-on" examples). Besides social theory, my work draws on cognitive science and the philosophy of science, including the important work of Charles Sanders Peirce.
In my book from 2014, I merely skimmed the surface of many difficult topics in theorizing that I now would like to further study and develop in more detail. These include the nature and practical use of concepts, as well as metaphors, analogies, and definitions. Other topics include forms of reasoning such as induction, deduction, and abduction. If I have time, I would also like to take a close look at the nature of abstractions and generalizations; different types of explanations, including social mechanisms; and how to advance theory through visualization. For all of these topics, I am also interested in working out exercises, since I see teaching students as an integral part of the project of theorizing. Finally, I have by now taught theorizing for several years using a number of different exercises, and I feel that it is time for me to try to summarize which of these exercises work and which need to be replaced by new ones.

Theory can be approached from several angles; and in my talk the emphasis will be on the process through which a theory comes into being or is changed, namely: theorizing. I will focus on sociology, which is my own discipline, but some of what will be said can also be related to theorizing in other disciplines. What is at the center of my talk is, in other words, not the content of (sociological) theory but what precedes its creation/production: the ups and downs, the back and forths, the mistakes, dead ends, happy accidents and obstacles that must be overcome in order for a theory to come into being. To navigate this process successfully, it is suggested, certain mental tools are needed - such as metaphors, analogies, induction-deduction-abduction, generalization, abstraction, and so on. These tools should be handled in a skillful and creative manner; they should also be used for heuristic purposes - that is, to help the researcher to come up with a number of new and interesting ideas. It is also helpful, when one learns how to theorize in sociology, to follow certain steps, and to make use of exercises (as opposed to reading). The talk is centered around a presentation and discussion of two sustained attempts to develop the topic of theorizing in sociology, and also the technique required to teach it. The first attempt is my own, which I have described as "creative theorizing"; the second is that of Robert K. Merton which he called "theorizing as decision-making".

On theuse of definitions in sociology : Richard Swedberg

On the use of abstractions in sociology : the classics and beyond

On the use of definitions in sociology : the classics and beyond

‘How do I know what I think till I see what I say?’ An aphorism and its implications for creative theorizing

On the near disappearance of concepts in mainstream sociology

Can you visualize theory : on the use of visual thinking in theory pictures, theorizing diagrams, and visual sketches

‘How do I Know What I Think Till I See What I Say?’ : An Aphorism and its Implications for Creative Theorizing
Taylor & Francis more publications in the Fellows' Library

On the Use of Abstractions in Sociology : The Classics and Beyond
Sage more publications in the Fellows' Library

How do you Make Sociology out of Data? Robert K. Merton’s Course in Theorizing (Soc 213–214)
Springer US more publications in the Fellows' Library

“Everyone can learn to theorize better!”

Richard Swedberg in an interview with Hans-Joachim Neubauer