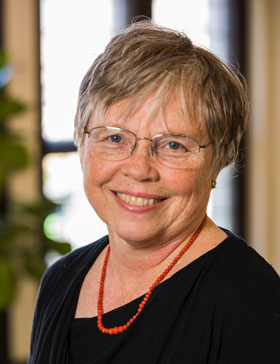 The organism is the central unit of biology because it is what natural selection operates on most directly. Organismal boundaries mark the main divisions of the living world. Beyond is the world of Darwinian competition, but inside harmony mostly rules, with the parts cooperating for the good of the whole. Yet, how organisms are defined is fundamentally unclear. The main insight, which will be elaborated in this work, is that organisms can be defined as the living unit in which cooperation is at a maximum with minimal internal conflict.
It is not possible to generalize the principles of organismality from organisms we all recognize - ducks, elephants, oaks, or crickets. Nor is it possible to generalize from traits once thought to define an organism - functional integration, physical contiguity, indivisibility, genetic co-transmission, and development from a single cell, to name the most prominent. The historical problem is that microbes and their interactions have not been considered. Yet, there is more free-living microbial mass than all animals and plants combined. Do these microbes interact in ways that make higher structures organismal? What about the fungal filaments that pervade every shovelful of soil? What about biofilms? What about the tight bonds between fungi and algae that we call lichens? What about sucking insects and their intracellular bacteria? What about social insect colonies? Will our definition help us understand these complex life forms?
There are many other examples that challenge traditional views of organismality. How do we consider the angler fish male that fuses with a female, ultimately sharing a circulatory system with his much larger mate? What makes him any more than an externally acquired gonad? The Portuguese-man-of-war is considered a colony of organisms; this view is supported by development and observation of its relatives, but not by observation of its behavior or how evolution operates on it. What do we do with marmosets that are genetic chimeras of twins, aphid clones, fungi that share nuclei, or even the transmissible facial cancer of Tasmanian devils? My ambitious goal is to answer these questions.

"Although natural selection can act only through and for the good of each being, yet characters and structures, which we are apt to consider as of very trifling importance, may thus be acted on. When we see leaf-eating insects green, and bark-feeders mottled-grey; the alpine ptarmigan white in winter, the red-grouse the colour of heather, and the black-grouse that of peaty earth, we must believe that these tints are of service to these birds and insects in preserving them from danger." C. Darwin. Origin of Species, First Edition, Chapter 4, paragraph 85.

"But if variations useful to any organic being do occur, assuredly individuals thus characterised will have the best chance of being preserved in the struggle for life; and from the strong principle of inheritance they will tend to produce offspring similarly characterised. This principle of preservation, I have called, for the sake of brevity, Natural Selection."
C. Darwin. Origin of Species, First Edition, Chapter 4, paragraph 127.

What are the beings of which Darwin speaks? The answer to this question is important, for it is at this level that natural selection as Darwin conceived it operates. It is not the abstract color green or gray that evolves, but the insect populations whose members variously eat leaves or bark and benefit from a particular trait, in this case color. Here I will call these beings organisms, a term that identifies them as alive (which "individual" does not), but leaves us free to explore what other attributes they must have.

If the living world were made up only of insects, ptarmigans, grouse, lynxes, rabbits, guppies, cobras, eagles, oaks, orchids, and the like, we might find it simple to define organisms. But what do we do with honey bee colonies, Portuguese-men-of-war, tunicates, anglerfish, aphids, dandelions, or strawberries? What do we do with lichens, squid and their vibrios, brain flukes in ants, plants and their pollinators, or cleaner fish and their hosts? What do we do with the microbial world which makes up most of life? Is a microbial organism an individual cell, a biofilm, or a holobiont evolving along with its larger host?

Instead of giving you my ideas straight off, we will take time to play with the question, for you may come up with something new and better. This play will begin with a short talk that outlines the question and describes some of the more challenging entities that need to be considered. You will have a handout of some past definitions and some cards of organisms. In small groups you will use post-it notes and posters to brainstorm, and arrive at comprehensive definitions of what it takes to be an organism. We will keep our rector's three points in mind as we think about whether what an organism is merits our attention, wonder what a sound argument is, and ponder veracity, though remembering that scientists never know they are right, but only know they are not yet wrong.

The conclusion of the two-hour period will summarize what you have discovered, present ideas David Queller and I have developed, and answer questions which will exclusively be taken written for better organization.

Slow birding : the art and science of enjoying the birds in your own backyard

How to increase creativity in research

Family quarrels in seeds and rapid adaptive evolution in Arabidopsis

Cooperation and conflict : microbes to humans

Evolution of cooperation and control of cheating in a social microbe

Beyond society : the evolution of organismality

Exploiting new terrain: an advantage to sociality in the slime mold Dictyostelium discoideum

Slow Birding : The Art and Science of Enjoying the Birds in Your own Backyard
TarcherPerigee more publications in the Fellows' Library