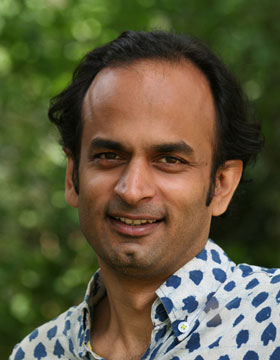 Born in 1979 in Ottawa, Canada
Studied English Literature at the University of Delhi and Anthropology at SOAS University of London and at Johns Hopkins University

Waxing and Waning Life: Investigations at the Threshold of Mental Illness and Health

During my stay at the Wissenschaftskolleg, I propose to write the first draft of a book titled "Waxing and Waning Life: Investigations at the Threshold of Mental Illness and Health". This book is based on extensive ethnographic fieldwork that I have conducted over the past few years across three sites: the psychiatric ward of a leading hospital; the All India Institute for Medical Sciences (AIIMS, Delhi), a community psychiatry and Opioid Substitution Therapy clinic run by AIIMS in an urban poor "resettlement colony" in Delhi; and a leading North Indian Sufi Muslim shrine renowned for the treatment of mental illness. Rather than positing an incommensurable difference between spiritual and secular or Western and non-Western conceptions of mental illness and healing, I attempt to create a comparative conceptual vocabulary built from the experiences and treatment-seeking journeys that I witnessed patients and caregivers undertake between hospital, home, and shrine. This book is structured around three philosophical concepts - vitalism, skepticism, and tempo - none of which are commonly associated with the study of mental health, but which, I argue, better help us to understand illness experience, as well as the fragility of what constitutes health, wellbeing, and conceptions of the normal in the contemporary world, particularly in the context of urban poverty. I draw on a range of methods, including ethnographic observation, sustained engagement with particular ethnographic interlocutors over time, household surveys, the writings of patients, and close engagement with psychiatric instruments and the perspectives of clinicians. Drawing on a range of interlocutors from religious studies, literature, philosophy, and medicine, this book seeks to depart from existing approaches at the intersection of anthropology and psychiatry, which have tended to focus on a cultural critique of biomedical universals or to be organized by diagnostic categories (addiction, depression, schizophrenia) and institutional locations. This book will aim to offer new perspectives on a variety of global phenomena, including the rise of opioids, urban poverty, and attempts to measure the "quality of life".

Is the psyche an entirely secular concept? How does our thinking shift depending on the synonyms we choose for this term, for instance, "subjectivity" or "cognition" or "the soul"? And if we do make analytical space for non-secular ontologies, would this necessarily have to be in opposition to biomedical concepts?

In this talk, I examine treatment-seeking journeys to one of the largest shrines in north India renowned for the treatment of "pagalpan" (madness), the Sufi shrine of Badaun, working closely with a Sufi healer from Delhi and a group of psychiatrists from a leading hospital, the All India Institute of Medical Sciences (Delhi).

The concept of illness with which treatment-seekers approach such a shrine is described as "asrat" (an effect/difficulty), a key aspect of which is that symptoms can move or switch among kin, in ways, we found, that are also psychiatrically real. As crucially, an "asrat" often begins with a threat to existence, which may appear explicitly as an antagonism or implicitly as a life-negating doubt ("shaq") or injury from an intimate other. Rather than an unbridgeable divide between secular and religious conceptions of the psyche, I ask what illness and therapy might be, as a passage between bodies, and the ways the biomedical and the spiritual pharmacon are not necessarily contraries.

The contagion of mental illness : insights from a Sufi shrine

Perspectives : is there an opioid epidemic in India

Schizophrenia as a problem of other minds

Can a neighborhood fall sick? Opioid addiction, collective violence and currents of death in contemporary India

On the killing and killability of animals : nonmoral thoughts for the anthropology of ethics

Poverty and the quest for life : spiritual and material striving in rural India

How concepts make the world look different : affirmative and negative genealogies of thought

The ground between : anthropologists engage philosophy

The Contagion of Mental Illness : Insights From a Sufi Shrine
Sage more publications in the Fellows' Library

Perspectives : Is There an Opioid Epidemic in India?
Oxford University Press more publications in the Fellows' Library

Can a Neighborhood Fall Sick? Opioid Addiction, Collective Violence and Currents of Death in Contemporary India
Wiley-Blackwell more publications in the Fellows' Library