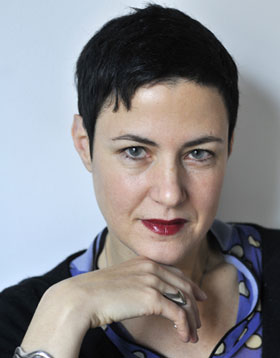 The Concept of Disinterestedness in Theory and in Practice: the Case of the Intellectual and Artistic Professions

This project sets out to study the concept of disinterestedness, combining Begriffsgeschichte with historical sociology, in a longue durée perspective. Restricted to religious uses in the Moralists' reflections, this concept developed in the 18th century, at a time when the notion of interest became central in defining human action. It was adopted and theorized by writers, artists and philosophers (notably Shaftesbury and Kant) to define their autonomy from the political and religious powers, as well as from the emerging market of symbolic goods. The concept circulated between France, Germany and England. The project aims first at studying its development, usages and circulation across these countries, focusing on key moments and on controversies (for instance the debate about the introduction of the scientific paradigm in the Geisteswissenschaften at the end of the 19th century). This intellectual history will be complemented by a study of the forms of embodiment of the concept in the organization and social practices of intellectual and artistic professions (codes of ethics, droit d'auteur, non-profit organizations, free work and so on) in the era of capitalism and of the rise of cultural industries.

The concept of "disinterestedness": an axiological operator

In the human and social sciences, the notion of interest is generally acknowledged to be a valid concept for accounting for human activities. Its use first became widespread during the seventeenth century among moralists who believed they had found in it a means for containing the passions. Economics based its interpretation of the social world on this concept, the various acceptances of which also played a major role in other disciplines such as sociology, political science, history and psychology. In contrast, less attention has been directed toward "disinterestedness", despite its being one of the fundamental categories of moral understanding and a reference for many social activities, particularly intellectual and artistic ones. However, at the very moment in the eighteenth century that the use of the concept of interest was being restricted to its economic meaning, that of disinterestedness was being claimed for art, literature and law - activities that defined themselves in contradistinction to mercantile values and manual labour. These activities are at the core of my project on the sociogenesis, the circulation and the social uses of the concept of disinterestedness.

"Disinterestedness" functions as what I call an "axiological operator", i.e. a concept that gives systems of cultural oppositions both their meaning and their position in a hierarchy of values, and that thereby plays a key role in symbolic struggles. In my presentation, I shall first delineate the transnational circulation of this concept between France, England and Germany in reflections that gave birth to modern aesthetics in the eighteenth century. At the same time, it served as a foundational ethics of intellectual and artistic professions in the context of the rise of the market for symbolic goods. I shall then retrace the history of its appropriation by the French champions of l'art pour l'art ("Art for art's sake"). Finally, I shall give two French examples of the uses of the idea of disinterestedness in cultural classifications: first, to hierarchize reading practices in the nineteenth century, and second, in the struggles between the sciences and the humanities that were triggered by the reform of education at the turn of the twentieth century.

Against self-interest : the codification of "disinterestedness" as an axiological operator in religion, aesthetics, and the ethics of intellectual professions

From social theorist to global intellectual : the international reception of Bourdieu’s work and its effect on the author

The role of publishers in the making of world literature : the case of Gallimard

How do literary works cross borders (or not)? : a sociological approach to world Literature

Faulkner in France : or how to introduce a peripheral unknown author in the center of the world republic of letters

The metamorphosis of modes of consecration in the literary field : academies, literary prizes, festivals

Translation and symbolic capital in the era of globalization : French literature in the United States

Against Self-interest
Routledge more publications in the Fellows' Library

From Social Theorist to Global Intellectual : the International Reception of Bourdieu’s Work and Its Effect on the Author
Springer more publications in the Fellows' Library

The Concept of "Disinterestedness": An Axiological Operator