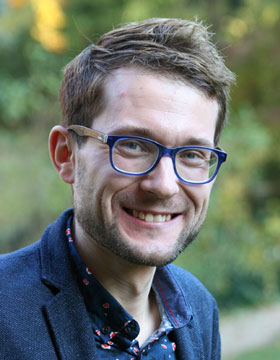 Despite life's incredible complexity, there are principles universal across all its scales - genes, cells, organisms, and populations with social networks, norms, and political structure. All living things have this built-in hierarchical organization, but it is not clear why and how new levels of this organization evolve. Information-theoretical hypotheses suggest that new levels appear as coarse-grained representations of smaller scales, which eventually become capable of exerting causal power over lower levels. It is notoriously difficult to study evolutionary transitions of the distant past, like the origins of life and multicellularity, as we lack too many details of ancient biospheres and often don't have reliable experimental techniques. Instead, I suggest testing the most promising hypotheses using mathematical modeling, including information-theoretical tools and the newly available massive data sets from online social communities, where new ideas and norms become established as new levels of organization governing lower ones. If there are indeed universal principles that have repeatedly driven evolutionary transitions in organizational complexity, the results will have far-reaching implications for our understanding of the very origins of life and the first complex cells. Critically, this research will provide novel insights into the emergence of norms and collective identities in human groups, the nature of conflict, and stability in the age of social media and will suggest possible interventions aimed at improving these aspects of our societies.

The evolution of individuality revisited