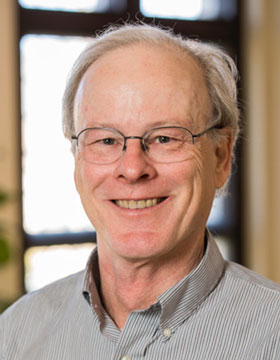 The Social Elements of Selection: Formalizing the Gene's-Eye View of Evolution

Biologists and philosophers have long debated what units natural selection works on. Confusion has arisen over how to deal with the dual nature of selection versus inheritance, whether we should be predicting the course of selection or trying to understand adaptation, and whether to work top-down from the individual or bottom up from the gene. The latter approach, called the "gene's-eye view of evolution", is widely used by biologists but less favorably viewed by some philosophers. My project involves formalizing the gene's-eye view mathematically, with the goal of resolving the sorts of confusion noted above. Less abstractly, the work will bear on important biological questions such as how cooperation evolves, what kinds of entities are adapted, and why organisms exist.
My approach will be synthetic. I note, at the risk of too much detail, that it will lie at the intersection of the Price equation for evolutionary change, quantitative-genetic concepts, the statistical technique of path analysis, and an approach to causation from computer scientist Judea Pearl. It will start with a given gene and ask what elements need to be added  such as other genes, other individuals, or environmental factors  to explain its fate under selection. It will identify both direct and indirect causal paths and, for each, specify both the gene-phenotype relation and the phenotype-fitness relation.
From there, I plan to build up to the questions of our working group on the evolution of organismal entities, that is, those entities that show very high levels of internal cooperation with very little internal conflict. First, I will use the framework to compare and contrast the three major kinds of selection that can select for cooperative behaviors: "kin" or indirect effects moderated by correlation, "kith" effects that involve acting through other individuals, and "kind" effects that are due to true interaction. Second, I will also try to use the framework to describe evolutionary conflict and the ways that such conflict can be reduced.

Darwin's idea about evolution by natural selection has been called "the best idea anyone has ever had" and we are still working to fully understand it. For Darwin, selection occurred on individuals and led to better adapted individuals, but this idea has been expanded both upward and downward. Some argue that selection often occurs on groups, leading to group adaptations, while others like Richard Dawkins argue that selection may be best viewed as occurring on genes, leading to adapted genes. These ideas are not mutually exclusive and my current project aims at more fully understanding them. I am focusing especially on the gene's eye view. It has been strongly criticized, for example by Steven Jay Gould, as being only a non-causal description and as ignoring the great complexity of factors contributing to organismal fitness. I tackle these issues with formal causal modeling. I show that genes are fundamental in a way that other levels are not because only genes are both causal replicators and causal actors that affect fitness. I then examine whether gene's eye view can cut through the Gouldian knot of complexity? How much of this complexity do we need to consider in order to understand selection on a particular gene? Among the other genes and environmental effects in Gouldian knot I identify two types that do need to be considered. I call these co-replicators and co-actors. But the same analysis reveals many other loops of the Gouldian knot that simply slip away upon close inspection. Other issues I am considering in ongoing and future work include resolving problems with the group-selection framework, modeling the evolution of fitness, and examining the major evolutionary transitions.

The gene's eye view, the Gouldian knot, Fisherian swords and the causes of selection

Family quarrels in seeds and rapid adaptive evolution in Arabidopsis

Cooperation and conflict : microbes to humans

Evolution of cooperation and control of cheating in a social microbe

Beyond society : the evolution of organismality

The Gene's Eye View, the Gouldian Knot, Fisherian Swords and the Causes of Selection
The Royal Society Publishing more publications in the Fellows' Library

What Life is for : A Commentary on Fromhage and Jennions
The Royal Society Publishing more publications in the Fellows' Library