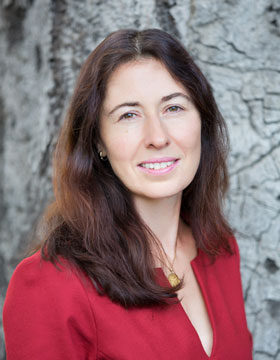 Since the Renaissance, Western culture has promoted naturalism and the ability of the painter or sculptor to imitate nature and produce a lifelike image. By contrast, medieval culture across the Christian-Islamic divide privileged liveliness, stemming from the changing appearance of materials like gold, enamel, and gems. The material flux was produced by ambient conditions such as the movement of diurnal light and shadows across the complex surfaces, or the flicker of candles stirred by a breeze or human breath. By employing digital technology along with the traditional textual research, this study explores the phenomenon of animation in medieval art.
We identify image with the mimetic representation that can be sculptural or painted. Yet, medieval culture surprises us with an alternative definition of the image as performance, more specifically as a channeling of breath, whereby the faithful can recuperate and return, albeit fleetingly, to the state of being an image of God or imago Dei. The written sources attribute the eruption of this imago Dei to prayer and chant. Singing is a process in which the Spirit enters human bodies and is exhaled as sonic energy. Both the performer and the audience consume some of this energy and thus become implicated in the production of the imago Dei.
The recognition of this non-representational, performative icon demands that we approach medieval art as installation and view its architecture, music, liturgical furnishing, and ritual as a choreographed production of metaphysical presence. I approach this expanded field of what constitutes an image through a series of case studies: the Exultet liturgy celebrated on Easter vigil in Southern Italy; the chanted office of the Byzantine cathedral rite; and the theology and performance of the Eucharist, which grapples with the tension between a figural mise-en-scène and a theology maintaining that the gifts are dissemblant from Christ in their figural form, but partake substantially in his body and blood.
My methodology is informed by phenomenology and aesthetics. In the past, phenomenology has been viewed as an approach that negates hermeneutics and fails to produce a contextual, historical exploration. My research demonstrates an alternative, in which phenomenology and hermeneutics engage in a productive dialogue. Attention to the changing appearances of objects, architectural spaces, and the participants in the ritual highlights the existence of protean hermeneutics, in which certain meanings emerge at particular moments of the ritual only to sink back from consciousness as other phenomena stir the semantics into new directions.

Since the Renaissance, Western culture has promoted naturalism and the ability of the painter or sculptor to imitate nature and produce a lifelike image. By contrast, medieval culture privileged liveliness, stemming from the changing appearance of materials like gold, enamel, and gems. This material flux was activated by ambient conditions such as the movement of diurnal light and shadows across the complex surfaces, or glitter stirred by the flicker of candles. Yet, the modern museum display (the white box) and steady electric light have denied access to medieval animation. For most of my research, I have sought special permissions to manipulate the display and study the objects in illumination that is or approximates candlelight. These works of art were also not seen in silence, but continuously enveloped in the reverberant sound of chant. It is this atmosphere or "Stimmung" that I see as key to the perception of the liveliness of the medieval image. I employ a phenomenological approach to explore these changing appearances and use the time-based medium of film to record them. But then I turn to traditional textual research to cull the poetics of this inspirited presence shifting between the states of solid and liquid.

My talk presents a case study: the golden retable of the Pentecost from the monastery of Stavelot in Belgium, produced in the second half of the twelfth century. Its gold bas-relief illuminated by candlelight transforms from a static surface into a dynamic field of shadows and glitter. The changing light plays with the expression of the faces and the gazes. The pictorial space that the figures inhabit appears shallow at first, but it slowly reveals its energy, bursting out and thrusting into the physical space of the beholder. The pictorial and the real merge, and this fusion of the two is further quickened by the ritual for which this object was put to use: the Eucharist. The retable concentrates sensual stimuli of sight, touch, and taste. It further introduces the memory of sound, because the Communion verse for Pentecost is inscribed on its surface. I analyze the melodic design of this chant and project how it would have resonated in the now lost architectural interior of Stavelot. The high notes, sung at the words "sonus" and "Spiritus Sanctus", perform an acoustic glitter: this sonic animation of the space mirrors the optical glitter of the golden image. The sensually saturated "Stimmung" created by the retable in use invites us to contemplate the connection between the medieval work of art and modern installation art.

The sensual icon : space, ritual, and the senses in Byzantium

Icons and power : the Mother of God in Byzantium

Icons of Sound: The Living Image, Its Music, and Its Sacred Space in the Middle Ages