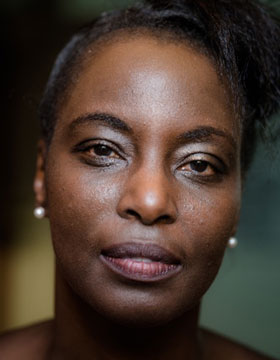 "Hiraeth", a Novel in Progress

Hiraeth is a creative project imagined as transnational fiction situated in the African continent, informed by and drawing from oft-neglected inner/liminal realities of the African continent. Mythopoeic in inclination, this is also a journey story into the future (the son) and the past (the father). The work sets out to re-interpret some of the continent's regional and local archetypes and place these into dialogue (and conflict) with one another in order to interrogate some of Kenya's (and to some extent the continent's) uncomfortable realities through a family story. Pulsing through the text are some of the questions that inform my overall creative quest, for example: Can a "text" carried in memory and blood suggest dimensionality and sense to a place? Where is the "locus of meaning" in Africa's imagined geographies? What do these ceaseless presences say about the future? What does state and nation mean for the idea/project Kenya? As an author of Africa struggling to come to terms with the sense of loss and to uncover the root cause of national restlessness, this story is part of the author's quest for a fresh grammar to frame the riddle of belonging and home, both in Africa and the world. In line with my earlier works, this one is inspired by references from assorted African imaginaries, visual texts, and ways of seeing. In this work, I examine memory as a library of "buried" image and story that offers direction to the protagonists in order to inform their present and future. The outcome of this quest would be, to borrow words from Georg Lukács' Theory of the Novel, an "archetypal map" and the artefact of a "liminal" Africa.

Spinning a Tall Tale: An exploration of process in evolving the novel-in-progress "The Long Decay" (working title)

How do some story worlds come into being? This presentation is a causerie highlighting aspects of a creative process specific to the 'conjuring' up of the novel-in-progress, "The Long Decay". 'World-making', this is occasionally called among creators, with the awareness that, in spite of any prior planning and plotting, this is primarily an exercise distinguished by the story maker's vulnerability to both serendipity and the unknown. "The Long Decay" is imagined as the story of a well-ordered Nairobi family whose life is shattered by an intimate and unspeakable tragedy. The tragedy drives a father and son apart, forcing them into seemingly disparate quests for meaning and restoration. The son leaves Nairobi on his adventure motorbike, heading for Senegal, where his mother came from, a journey of 6000 kilometres. The father battling a terrible darkness that engulfs him, traverses Nairobi, on foot as the city progressively takes on a hell-like purgatorial form (tinges of Dante). "The Long Decay"'s ideological framework is loosely informed by and engages with aspects of Enrique Dussel's construction of, and Walter Mignolo's elaborations on 'Transmodernism'. The story is imagined as both a contemporary trans-national (Continental Africa) journey story and an anatomy of grief that inserts an exploration of space and place, excavation and recovery, and wounding and transformation.

The politics of feeling Granta ; 146

The dragonfly sea : a novel

Reading our ruins : a rough sketch

The dragonfly sea : a novel

The “Post” Colonial : an Autopsy
Taylor & Franics more publications in the Fellows' Library

Spinning a Tall Tale: An Exploration of Process in Evolving the Novel-In-Progress "The Long Decay" (working title)