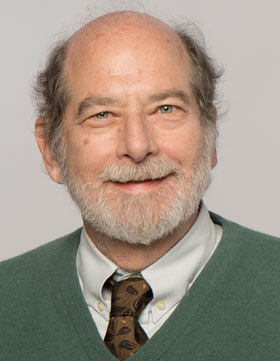 Community ecology is one of the classical subdivisions of ecological science. Its initial task was largely the description and classification of plant communities. From the mid-1960s on, several simple and powerful hypotheses proposed to explain the diversity of species and their key controlling processes in local communities. Hence, the scientific status of community ecology rose; however, it remained more heterogeneous than other subdisciplines, possibly because community ecology originated from distinct research lines that lacked a unified conceptual framework. Moreover, several controversies split researchers, at a time when ecology became increasingly engaged in addressing large-scale environmental and conservation problems. In the 21st century, other adjoining or emerging disciplines, such as biodiversity science, landscape ecology, and macroecology, are raising new questions about the present status of community ecology as a component of the evolving ecological sciences.
I propose to examine the development of community ecology since the 1970s, with two initial sets of questions. First, as it matured in the 20th century, did community ecology approach integration, converging on a common set of concepts and questions? Second, are new scientific fields nowadays cutting into its original domain; or, conversely, is community ecology expanding its domain of enquiry by incorporating novel questions?
I intend to probe these questions through a selective overview of the literature, spanning both conceptual debates and actual research practice. This approach involves the recognition of research programs and how they develop over time. Further foci are several recent proposals to unify community ecology or to integrate it with other subdisciplines. In the end, I hope to produce a workable map of an evolving field of enquiry, without pontificating on its formal status. By focusing chiefly on research practices, this should be relevant and useful to ecologists and the challenges they face, as well as to practitioners engaged in applying this knowledge to policy and management problems.
An additional curiosity involves surveying graphical representations of ecological communities and how these change in form, content, and choice of symbols.

Concepts and Conflicts in Community Ecology, from the 20th into the 21st Century

Ecological communities are combinations of organisms of different species that live together and/or interact in various ways.

In this presentation, I will sketch the development of community ecology in three broad periods, based on their main goals and how these were (are) addressed. I will concentrate on the more recent two, which roughly span the last 50 years. Certain landmark studies provoked shifts that are almost paradigmatic. However, these major conceptual shifts acted on a deeply split field, in which distinct research traditions or programs never quite achieved integration in their foundations, objectives or methods. Hence, a turbulent history alternates crises with attempts at conciliation and theoretical consolidation. These have to be grasped in order to make sense of the development of this research field.

Community ecology needs to be repositioned with regard to adjoining subdisciplines or emerging scientific fields, such as landscape ecology, metacommunity ecology or biodiversity science. Conceivably, the fundamental tenets of community ecology may have changed to the point that it has become a different science, even if some questions seem to persist over many decades. Strikingly, several recent proposals attempt theoretical integration, but their outcomes are yet to be assessed.

On the perils of ignoring evolution in networks

Mutual information as a general measure of structure in interaction networks

The role of evolution in shaping ecological networks

A critical analysis of the Native Vegetation Protection Law of Brazil (2012) : updates and ongoing initiatives

Ecological literacy and beyond : problem-based learning for future professionals

Conservation in Brazil needs to include non‐forest ecosystems

An integrated framework to improve the concept of resource specialisation

Concepts and Conflicts in Community Ecology, from the 20th into the 21st Century