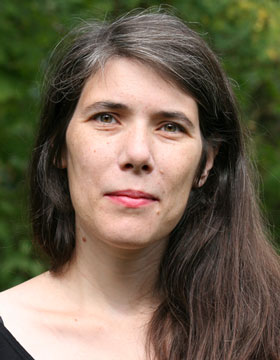 The novel, says Emile Zola, is a "provoked observation". It presents its readers with an arrangement of characters, events and language that leads them to observe things about themselves through their conceptual and emotional responses. Zola takes up a definition from the sciences here, and argues that the novel works along the logic of the experiment, with its artificial set-ups and new insights.
I will pursue this suggestion in my project and investigate how readers and writers engage in experimentation through literature. Writers play through their word choices and the rhythm of their language, entwining the speech of characters and narrators. I will trace how this process moves between a design for the novel and an improvisation of linguistic and narrative solutions through the study of literary manuscripts and the different versions of published texts, where authors have made revisions. Literary texts themselves have often been understood as thought experiments, as they posit "what if"-scenarios in their fictional worlds. The experiment as "provoked observation", however, goes deeper. From this perspective, texts lead readers to moments of minute recognition about their own thoughts and feelings. I will investigate this phenomenon through research on cognitive approaches to literature, which provides models for how literary texts are entwined with readers' thoughts and feelings. In particular the temporal dimension of novel reading will be important here, as the "provoked observation" unfolds over a longer period of reading and repeated engagement with the text and as the material substrates on which we read change from printed books to screens.
Literature as Experiment understands the novel as a cultural technology that enables us to think in ways which would not be possible without it. The project sketches out a place for literature in the discussions around how human cognitive capacities and cultural achievements develop in tandem, and it argues for the continuing relevance of the novel's "provoked observations" in the digital age.

Experiments and Provocations: Remarks on Literature, Creativity and Form

Emile Zola defines his novels as experiments, drawing on Claude Bernard's discussion of the experiment as "provoked observation". In this presentation, I will explore in how far such a take on the novel can be extended beyond Zola's artistic programme for the naturalist novel as the literary pendant of experimental medicine, and beyond standard notions of "experimental literature". This is an attempt to map out different aspects of such a research programme of literature as experiment, drawing on literary theory, manuscript genetics, cognitive psychology and media studies.

I will pursue the notion of "literature as experiment" along two lines of inquiry: (1) the creative process and (2) the form of the literary text. The creative process leaves its traces in different manuscript versions, but also the ways in which texts move through different editions and translations. I propose that, to differing degrees, this process can be understood as a tension between design and improvisation, that is, the experimental set-up of material constraints, genre, etc. framing the text and (often ineffable) innovations in devising the narrative within these constraints. "Provoked observations" can also be linked to the part of the reader. Here, I suggest that the form of literary texts, considered from the perspective of cognitive literary studies, contributes to thought processes which extend those of cognition in everyday contexts.

A prehistory of cognitive poetics : neoclassicism and the novel Cognition and poetics

Presence and prediction : the embodied reader's cascades of cognition

Experiments and Provocations: Remarks on Literature, Creativity and Form