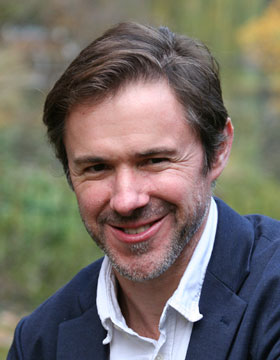 Born in 1970 in Sydney, Australia
Studied Music and Psychology at the University of New South Wales

In musical contexts in all known cultures and most echelons of society, rich patterns of interpersonal coordination can be observed among instrumentalists and dancers and between performers and audience members. Such group music-making, as exemplified by musical ensemble performance, can be viewed as a microcosm of human interaction. Participation in collective musical activities draws upon a broad spectrum of sensory, perceptual, cognitive, motor, and social processes that support other forms of collaborative behaviour in everyday life. My book project will flesh out this idea by adopting an interdisciplinary approach that brings together research from fields within psychology, neuroscience, empirical musicology, ethnomusicology, and anthropology. One goal is to address the "what" and "why" of musical interaction by considering the forms it takes across cultures, and the evolutionary conditions that may have led to its genesis. A second challenge is to address how musical interaction works from psychological, social, and neurophysiological perspectives. Documenting and synthesizing different theoretical approaches and empirical findings will provide a repository of knowledge that can further our understanding of an ancient form of human social communication, one that is quite likely the oldest surviving means of fostering group cohesion and conveying one group's collective intentions and feelings to other groups. This knowledge will also inform practices related to group musical activity in the context of education, as well as the use of music to promote health and wellbeing in daily life and in clinical settings.

Music as a Microcosm of Human Interaction

Making music in groups is a widespread human activity and a powerful medium for nonverbal communication, social bonding, and cultural transmission. While group music making is essentially a vehicle for affective and aesthetic expression, it can also be viewed as a microcosm of social interaction to the extent that it draws on a broad spectrum of sensory, perceptual, cognitive, motor, and emotional processes that support collaborative behaviour more generally in everyday life. My colloquium talk will address the mechanisms that support human interaction through music from an interdisciplinary perspective informed by anthropology, evolutionary biology, psychology, and cognitive neuroscience.

I will first describe select historical events, as well as some anecdotal cases, that illustrate the power of musical interaction to shape interpersonal relations and social behavior. Then I will give an overview of a series of empirical studies that investigated the behavioral and brain bases of related phenomena using controlled laboratory paradigms and naturalistic musical tasks. The results of these studies delineate links between basic sensory-motor mechanisms that enable individuals to anticipate and adapt to each other's actions, aspects of personality including empathy, and social-cognitive processes that regulate the balance between psychological representations of "self" and "other".

Simultaneous cooperation and competition in the evolution of musical behavior : sex-related modulations of the singer's formant in human chorusing$dPeter E. Keller, Rasmus König and Giacomo Novembre

What can music tell us about social interaction?

Music as a Microcosm of Human Interaction