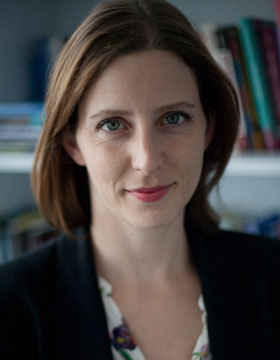 European welfare states face tremendous challenges: fiscal constraints require cutbacks to existing benefits, while at the same time new needs and demands for social protection emerge. In such times of austerity, the distributive politics of the welfare state involve tough choices and trade-offs: whose risks should benefit from social solidarity in a context of shrinking resources? Should the welfare state prioritize the needs of the elderly or those of the young? Those of people in the workforce or outside of the workforce? Of natives or of immigrants?
How countries answer these questions depends on the welfare state priorities of citizens and elites. However, political science research still holds very few theoretical and empirical insights on these priorities and their determinants. My ongoing ERC research project theorizes the key distributive conflicts in current welfare politics and policy priorities, as well as potentials and avenues for social solidarity and inclusive welfare state reforms. I empirically study the politics of welfare trade-offs by means of comparative content analysis, experimental and observational public opinion surveys, and elite surveys. The goal is to identify how and why conflicts about priorities differ between countries and which mechanisms foster support for social policies among those actors who are unlikely to benefit directly from these policies.
During my year at the Wissenschaftskolleg, I will be working on the theoretical framework of both conflict and coalition potentials in current welfare politics. I will also be in the midst of conducting and analyzing surveys among citizens and elites in eight European countries.
In addition - and related to the welfare state project both theoretically and empirically - I will be working on a longstanding book project on electoral voter realignment in Europe and its impact on the electoral performance and political program of social democratic parties.

The political class conflict over the generosity of the welfare state was at the center of electoral politics in Western Europe in the 20th century. Many scholars in comparative political economy argue that this conflict has lost its political saliency. In a mature welfare state, the argument goes, social policy preferences of citizens converge around the defense of acquired social rights. Moreover, various studies show that party positions regarding social protection have become more similar, and we know that most voters nowadays care more deeply about socio-cultural issues than about social policy.

I take a counter-position to the diagnosis that welfare conflict has become pacified or muted. I argue that most existing studies today are unable to identify the key welfare conflicts, because a) they focus on social consumption policies only (e.g. pensions, unemployment insurance), while neglecting social investment policies (e.g. education, care services, active labor market policies) and b) they fail to integrate the relative importance voters attribute to these two dimensions of social policy provision. Taking these two aspects into account allows us to see the polarized conflict over consumption vs. investment in today's party politics.

While the first part of my talk focuses on the conceptualization of this conflict, its measurement, and its empirical demonstration, the second part looks into the reasons that drive preferences for consumption and investment. I argue that both cultural values and the evaluation of their future labor market opportunities explain why middle-class voters are more favorable to investment, while working-class voters are more favorable to consumption policies. I conclude with an outlook on how welfare chauvinism is likely to exacerbate this welfare conflict further, on what my findings imply for the feasibility of welfare reforms today, and on why they are bad news in particular for social democratic parties.

The decline of the working-class vote, the reconfiguration of the welfare support coalition and consequences for the welfare state

The politics of advanced capitalism

The politics of old and new soical policies

The age of dualization : the changing face of inequality in deindustrializing societies International policy exchange series