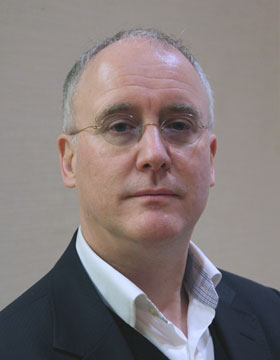 Born in 1965 in Stockport, UK;
Studied History at the University of Cambridge (UK)

Treaties may be the most widespread but least well understood elements of the contemporary political and legal order. For the most part unknowingly, we have all become enmeshed in regional and worldwide webs of treaties. Yet just how we became global Gullivers, tangled in treaties, is a question barely touched by recent historians, only intermittently posed by historically minded lawyers, and studied serially mostly by political scientists. "Treaty Consciousness: A Global History" will treat political, legal, and cultural engagement with treaties since the early modern period and across the globe, from Europe and North America to the contemporary Pacific. By treaty consciousness, I mean political, legal, and cultural engagement with treaties by parties affected by their forms, stipulations, and symbolic meanings (for example in art, ceremony, and music). The project aims to expand the understanding of treaties in three main ways: first, by working outwards from the specific agents who created and ratified treaties to the wider publics shaped by the treaties themselves; second, by looking at patterns of treaty-making and their proliferation across time (a longue durée of at least five hundred years) and space (globally as well as regionally); and third, by analyzing treaties as a genre of political thought embodied in material forms whose circulation and reception can be traced well beyond the corpora of treaty texts. In short, I will apply the tools of intellectual and cultural history to explore how both individual treaties and treaties in the aggregate have risen and fallen in the political and legal imaginations of peoples around the world. The project compares the rise and fall of treaty consciousness in the West with the persistence of treaty consciousness among Indigenous peoples, in order to contribute to the critical history of international law, to the history of international society in global context, and to global intellectual history. I hope it might also help to raise consciousness about treaties - their pervasiveness and their provisions - among contemporary democratic publics.

Treaties are the ligaments of international order. They bind states as well as non-governmental and supranational bodies, such as the Vatican or the European Union, into a literally worldwide web of mutual obligations and collective commitments. That web is now even extraterrestrial, for example under the 1967 Outer Space Treaty, which includes "the Moon and other Celestial Bodies". Yet just how we all became global Gullivers, entangled in tens of thousands of treaties, is not a question historians have asked so far: few other scholars, with the exception of a handful of political scientists, have attempted an answer. This year at the Wissenschaftskolleg, I am starting to frame and study that question: the colloquium reports on my initial hypotheses and first findings. Its central concept will be "treaty consciousness": that is, matters such as when, why, and by whom treaties are discussed, represented, or operationalized; the reasons why treaties are forgotten, and how they act behind our backs for much of the time; or the occasions when they are remembered and recovered, for example as sources of rights and redress or as flashpoints for nationalism and anti-nationalism. The presentation will have three parts, each treating treaties from a different perspective: 1) through their cultural representations ("Treaties in Unexpected Places"); 2) in their global proliferation across some five centuries ("Treaties over Time and Space"); and 3) with regard to their contemporary significance for international relations, Indigenous peoples, and the future of Europe ("Why Treaties? Why Now?"). There will be a musical overture and postlude; questions will follow each section.

Fighting words? A reply to my critics$nDavid Armitage

Civil wars : a history in ideas

The international turn in intellectual history

The ideological origins of the British Empire Ideas in context ; 59

Fighting Words? A Reply to my Critics
Taylor & Francis more publications in the Fellows' Library

In Defense of Presentism
more publications in the Fellows' Library