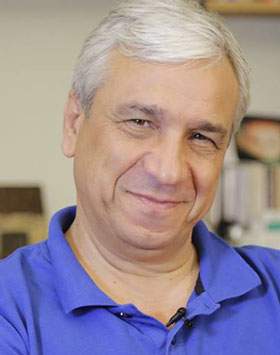 Born in 1961 in Raqqa, Syria;
Studied Medicine at the University of Aleppo

In what ways does mass killing in Syria differ from other well-known examples of mass murder in Rwanda, Cambodia, and before them Nazi Germany, Soviet Russia, and the Armenian Genocide? Variables like bureaucratization, the role of labor in concentration camps, and a theory of supremacy (of race or class) are either lacking in the Assadist mode of killing, in contrast to the Holocaust and the Gulag, or they are not systematic. Physical contact between the victims and the perpetrators was almost absent in the Soviet and Nazi killings, but this is not the case in Syria and Rwanda. The Daesh mode of killing preferably involves physical contact between the killer and the killed. What are the roles of religion, sect, and ethnicity in this mode? Can we differentiate between violent violence like what we experienced in Syria at the hands of the regime and Daesh, and the more organized and less violent violence of Israel against Palestinians for instance? Is it possible also to speak of historical progress in modes of killing, the way Marx talked about modes of production in his days? What are the relations between modes of killing and political systems, social structures, and cultural organization in specific countries? Are contemporary modes of killing understandable on the basis of individual countries: Syria, Sudan, Rwanda, Cambodia, etc.? What are the forms of articulation between violent and less violent modes of killing on the global level? Is it possible for us to interpret the contemporary world order (as it is institutionalized in the UN, many other organizations, and especially the UNSC) as a global organization of death, violent death? Finally, is politics without violence, even organized and legitimately monopolized violence, possible?

Syria is still an unanswered question. Possibly the most frequent sentence that one hears from people about the struggle in the country is: it is complicated! In most cases, this has been a license to withdraw interest in, and even empathy with, the plight of Syrians. In my project, I want to show that there is nothing so fundamentally unique about Syria, that the struggle there is analysable, and that we do not need other tools than the ones needed for studying other societies. My goal is to embed Syria in the world, with the wish to secularize and deculturalize thinking about the Middle Eastern country.

The overarching thesis of the project is that Syria has been living under a long civil war, one that started in 1970. This year proved later to be the starting point of a dynastical regime that is still in power today, though now relying on foreign powers to survive. The thesis will be elaborated on through 10 themes: exception, eternity, war, neo-sultanism, politicide, Middle Eastern system, securitized international system, genocide as a global condition, historicizing mass murder and evil, the need for a state.

Deliberating on these themes will hopefully help demystify Syria's complicatedness and clarify the logic behind it. In this way, complicatedness can be a starting point for a rich and complex analysis of an extreme struggle that has been going for almost 100 months in this ill-fated microcosm and in a world that is progressively a macro-Syria.