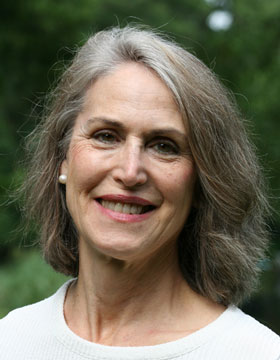 Futility and Transcendence: a Study of Kant's Philosophy

We often read that the "critical philosophy" was Kant's successful attempt to mediate between the rationalism of Leibniz and Wolff and the empiricism of Locke. But this was not exactly how he conceived his own project. In his Prolegomena to any Future Metaphysics, Kant said that his aim was the recovery and application, in purified form, of the "transcendental ideas", which, he says, "if they do not positively instruct us, nevertheless remove the crude and reason-limiting doctrines of materialism, naturalism, and fatalism, and thereby to bring the ideas of morality out of the realm of speculation."
Kant was responding in this regard to the challenges posed by the new human sciences of the 18th century that treated human beings as a species of animal, distinguished by language use, intelligence, and dexterity, but not by the possession of immortal souls and a special relationship to God. From the scientific standpoint, religious ideas were belief systems with social and psychological import, and morality a set of conventions that recognised and accommodated or corrected emotions such as gratitude, esteem, and resentment. Kant was well versed in the theories of the naturalist (and materialist) of Comte de Buffon, in the religious scepticism of Hume, and in the "sentimentalist" ethics of Francis Hutcheson and Adam Smith. Worried that their views undermined morality and political hope, Kant's response was to insist on retaining God, the soul, and a future life as "regulative" thought objects and the purposive and improving universe as more than a regulative idea. As a foundational move, he put matter and causality in their place by relativising the Newtonian world system to the human conceptual apparatus and by distinguishing sharply between the human being as studied in anthropology and psychology and the human being as studied by philosophy.
Contemporary philosophy has been affected by Kant's critical undertaking in ways that represent losses as well as gains. My aim is to broaden the interpretive context to provide a more accurate and indeed more interesting picture of the purpose and meaning of his three great Critiques and their aftereffects.

Wilson, Catherine. "The Presence of Lucretius in Eighteenth-Century French and German Philosophy." In Lucretius and Modernity, edited by Liza Blake and Jacques Lezra, 107-132. New York: Palgrave Macmillan, 2016.
-. "The Building Forces of Nature and Kant's Teleology of the Living." In Kant and the Laws of Nature, edited by Michela Massimi and Angela Breitenbach, 256-274. Cambridge: Cambridge University Press, 2016.
-. Epicureanism at the Origins of Modernity. Oxford: Clarendon, 2008.

What was Kant's Critical Philosophy Critical Of?

My project is a study of Kant's philosophy from a hitherto underresearched perspective, his critical relationship to the naturalism and materialism of 18th century that were expressed in the new cosmology and physics and in the emergence of the life and social sciences. As a result of his resistance, Kant was never 'on board' with many of the most progressive currents of 18th century social thought. We have been taught for centuries that Kants critical philosophy was aimed at cutting down an oppressive dogmatic theology and a tangled and fantastic metaphysics. The fact that it was equally forcefully directed against assuming an essentially scientific approach to the human condition with liberating implications (whilst being itself tangled and fantastic in some ways) has not been well understood.

My study falls into three parts that I will report on briefly in this talk:

1) Kant's rejection of the approaches to moral theory as founded on human sentiments and reactivity represented by Francis Hutcheson, David Hume and Adam Smith.
2) Kant's arguments for free will and retributive punishment in the face of the new environmental and psychological approaches to criminality, and a focus on deterrence.
3) Kant's view that both 'practical' and 'transcendental' freedom were compatible with what he calls "the greatest inequality" in social conditions.

My study thus implies a departure from the hagiography of Kant as the top Enlightenment thinker. It is not, however, intended as a malicious takedown of a "monstre sacré". Scholarly impartiality requires an appreciation for what was not only innovative, but of durable value in Kant's corpus of writings. And the very fact that Kant is so widely considered a top Enlightenment figure needs explanation.

Epicureanism at the origins of modernity

What was Kant's Critical Philosophy Critical Of?