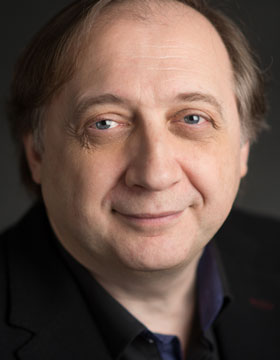 The Rape of Europa (Opera)

The idea of the opera is to show the conflicts between different political ideas and systems in Europe and for Europe during the last hundred years. The scenery is based on two sources - dramatic episodes from European history of the 20th-21st centuries based mostly on documentary texts, in juxtaposition with Classical Antiquity's myth of the Rape of Europa, according to Moschus' "Europa".
Moschus tells in epic verse how the virgin Europa, after dreaming of a struggle between the two unknown continents for the possession of her, was carried off from among her companions by Zeus in the form of a bull and borne across the sea from Tyre to Crete, there to become his bride.
Parallel to the development of Moschus' poem, the opera metaphorically demonstrates scenes from European history of the last hundred years - wars between blocs of countries (Moschus' "struggle of two continents for Europe"); political, artistic, and scientific revolutions (actual meetings in 1916 at the Cabaret Voltaire in Zurich of revolutionaries of all shapes  Lenin, the Dadaists, and, hypothetically, Einstein); acts of political reconciliation (the Yalta Conference); unification (the text of the Declaration on the European Union); flourishing new escalations of conflicts (Iraq, Georgia, Libya, Ukraine, etc.); and threats (terrorists). This stratum of the scenario is based predominantly on documentary texts, as well as on various metaphorically correlating ancient sources.
Finally, the third line, which runs through the entire opera, is presented by three lyrical dramatic duo scenes of Europa and Zeus the Bull; as these scenes develop, each of the protagonists undergoes a radical transformation. In the first duo, following the ancient myth, the Bull abducts the young, trusting Europa and takes her to Crete. In the second duo, Europa, having matured, finds the strength in herself to resist the Bull, as a symbol of violence, and wins her independence from the abuser, who is put to shame. Finally, in the third scene, Europa, who grows older and acquires power over the Bull, asks him to take her somewhere far away from all the insoluble problems.

The Abduction of Europa: Myth and Opera

Opera is the theater of singing. It is one of the most emotionally entrancing and intellectually capacious genres of art. The conservative repertoire polity of most contemporary opera theaters has turned opera in the eyes of a wide segment society into a sort of pleasant museum anachronism. But in reality, having emerged at the twilight of the Renaissance as an experiment, it continues to remain such up to the present day, challenging composers each time to search for new creative solutions and topical subject matter.

The main of my new opera is to examine through the prism of the fundamental European myth of the abduction of Europa the paradoxes of the present-day political situation. The Ancient Greek myth here presents that "camera obscura" which allows us to look at the events of European history in new light. The abstract and conditional qualities of the language of music makes it possible to unite within the frameworks of one composition mythological and real political characters, history and contemporaneity, love and politics.

Redshift : for large orchestra and electronic