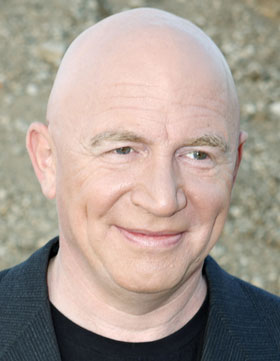 Professor for Psychology and Philosophy

Born on July 16, 1958 in Basel, Switzerland; passed away on October 25, 2019 in Tel Aviv.
Studied Philosophy and Psychology at The Hebrew University Jerusalem

Liberalism, Big Meaning and the Idea of Liberal Education

In my recent work (Strenger 2011, 2015, 2017) I have investigated the following problem: liberalism as it has evolved since the 17th century is based on the privatization of what I call "Big Meaning", i.e. the religious or metaphysical meaning of human existence as a whole. This privatization has liberated members of the free world from the coercion to believe and created the space to live according to our own beliefs, convictions and values. But this freedom has also created an enormous burden for members of the free world, as it has taken away the metaphysical protection of culturally entrenched meaning systems. My project at the Wissenschaftskolleg is to integrate existential psychology and political theory to build on my previous results to ask: is the project of human freedom itself capable of generating meaning that helps members of liberal societies avoid falling into the illiberal, sometimes religious and sometimes nationalist meaning systems that have been gaining ground both in Western and non-Western societies, or is liberalism doomed to have difficulty defending itself against illiberal meaning systems? In doing so, I will use recent work by theorists like Quentin Skinner, Charles Taylor and others who have been trying to flesh out richer notions of freedom and will connect these to the debate about the dangerous decline of the concept of liberal education.

It has become commonplace to speak of a crisis of the liberal order and that structures of order and meaning are disintegrating, and both phenomena are often associated with globalization. In the last decade I have worked on a model that could explain one aspect of the connection between globalization and the crisis of meaning (The Fear of Insignificance, 2011). I have applied it to Middle Eastern politics (Israel: Einführung in ein schwieriges Land, 2011), trying to show how both religious fundamentalism and ethno-nationalism are reactions to globalization, which is seen as a threat to existing meaning systems (religions, national cohesion, etc.).

My project at the Wissenschaftskolleg is to extend my investigation of the social and political class that could be called The New Cosmopolitans, who try to maintain an identity that is not primarily defined by ethnicity, religion, or nationality, but by a cosmopolitan ethos supposed to bind humanity together. This project, originated by Kant, is currently experiencing a severe crisis. It seems that it is almost impossible to maintain a state of mind in which we see ourselves as world citizens, given our evolutionary inheritance, which is xenophobic, racist, and by no means universalist (Freuds Legacy in the Global Era, 2016).

I will first present the general model, based on current empirical existential psychology and some of its applications. Then I will talk about the difficult position of the New Cosmopolitans (Wiko Fellows are a rather typical example). We are often not perceived as benefactors of humanity, but as detached elites, profiteers of globalization devoid of national attachment and loyalty. This makes us politically ineffective and creates a personal and collective sense of futility, and I will present some ideas how we can live with this political and existential difficulty.