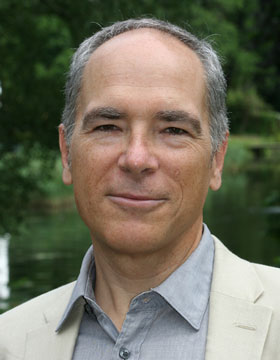 The University of Iowa

The project explores the connections and affinities between German communities around the world from the 1760s through the 1960s. It asks how those bonds informed these communities' actions and decisions and how the latter, in turn, shaped German history. Most histories of Germany privilege the rise of a cohesive German nationalism, which ultimately subsumed the idea of multiple German communities within a singular nation-state. While the nation-state became an important source of identity for many, it never completely eliminated alternative understandings of Germanness, which predated the founding of Imperial Germany in 1871 and persisted through the eras of Weimar democracy, National Socialism, and beyond. To illuminate that persistence and its implications, this project focuses on the many translocal (i.e., local-to-local) connections between German communities around the globe and the flows of ideas, people, and things that animated a wide variety of German places (homes, neighborhoods, villages, towns, even rural landscapes) in many non-German lands from the 1760s through the 20th century. It reveals that German identities outside the national territory embraced a wide range of peoples and practices and different kinds of networking activities. Those networks were reinforced by, and in turn shaped, emigration, settlement patterns, and the circulation of German-made ideas and objects. This process looped back to the state, significantly affecting those Germans' understandings of diaspora, migration, and the world. This process has never been studied systematically. This book will take up that challenge, offering readers an alternative historical narrative: a national history not bound by the nation-state. It should be of great interest to scholars working in other fields, particularly those interested in the relationship between diaspora, emigration, and national belonging.

While recent news has been replete with stories of migrants and refugees flowing into Germany, it has seldom reminded us that Germany itself was long an emigrant nation, with German communities spread across Europe and the world. Why is that?

It has a lot to do with the stories we like to tell about Germany and Germans. Put another way, it has much to do with reification and hegemonic paradigms. I dont like either.

The book project Im completing at the WIKO is focused on the many local-to-local connections between German communities across the globe, and the flows of ideas, people, and things that animated myriad German places in many non-German lands from the 1760s through the 20th century. While those practices were never insulated from the changing fate of the German nation-state, they were not wholly controlled by it either. German identities outside the national territory embraced a wide range of peoples and practices, and different kinds of networking activities. In my study, I examine how these networks were reinforced by, and in turn shaped, emigration, settlement patterns, and the circulation of German-made ideas and objects. I also show how this process looped back into the nation-state to people living within its borders, significantly affecting many of those Germans sense of their place in the world. My contention is that understanding these processes can help us improve our analyses of many peoples actions in a wide range of historical situations.

On the most basic level, the book makes three central arguments that unsettle standard narratives of German history: 1) the polycentric nature of German history in the age of the Holy Roman Empire did not come to an end in the modern period, but created a template for re-articulating political diversity in a global setting; 2) throughout this period, Germanness was most often imagined as a conglomerate rather than a unitary category, which accommodated multiple forms of hybridity (i.e. mixes of culture, language, religions, etc.); 3) as Germanophones migrated out of central Europe in the 18th, 19th, and 20th centuries, they took those characteristics with them, creating new hybridities, new multilingual German places, and more overlapping interconnections.

To my mind, making those historiographic interventions is easy; finding an effective way to integrate and narrate the histories they reveal is not. Yet simply 'rethinking' German history or de-centering the nation-state is not enough. My goal is to develop a narrative mode that depends neither on that state nor the structures that have framed its histories. As an introduction to the problems that perplex me, my presentation will offer three vignettes from the 1880s through the interwar period, three windows into the types of research I have done and some of the challenges of narrating a polycentric German history.

Material connections : German schools, things, and soft power in the Argentina and Chile from the 1880s through the interwar period

Kindred by choice : Germans and American Indians since 1800

Not playing Indian : surrogate indigeneity and the German hobbyist scene

Objects of culture : ethnology and ethnographic museums in imperial Germany

Beyond Colonial Questions: Writing about Germans Abroad during the Ages of Empire and Fascism

Kihawahine: German Ethnology and its Histories of the World