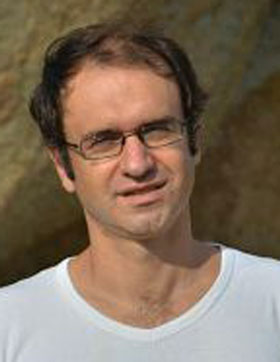 The Problem of the Intelligibility of Radically Alien Forms of Thought: Logic and Anthropology in the Later Wittgenstein

The problem of the intelligibility of radically alien forms of thought constitutes a touchstone for any philosophical account of logic. Since the works of Gottlob Frege and the early Ludwig Wittgenstein, it figures at the centre of any such account. I propose to study what becomes of the problem in the thought of the later Wittgenstein.
The problem of the intelligibility of radically alien forms of thought lies at the intersection between three strands of Wittgenstein's later philosophy that are all too often approached separately, at the risk of imperilling the understanding of all three of them. Wittgenstein addresses this problem in his writings on the foundations of mathematics (such as Bemerkungen über die Grundlagen der Mathematik) in the context of reassessing the significance of Frege's attack on "psychologism" about logic, i.e. the view that the laws of logic are laws of the mind. The problem recurs in Wittgenstein's writings on the work of the British anthropologist James B. Frazer (Bemerkungen über Frazers 'Golden Bough'), which take issue with Frazer's approach to "primitive thought". Finally, the same problem comes to the fore in late writings (such as Über Gewißheit) devoted to the question of the reach of reason, i.e. the question of the limits of justification. It thus provides a crucial clue to the fundamental unity of tracts of Wittgenstein's thought that would otherwise pass for disjointed.
The originality of Wittgenstein's approach to the problem is that it conjugates a logical point of view with an anthropological one: The problem of the intelligibility of radically alien forms of thought is rephrased in terms that resonate with the sort of predicament in which a field anthropologist might initially feel caught as she is trying to make sense of a radically alien culture. One of the hypotheses driving this project is that the conceptual role that versions of the problem played in the constitution and early history of social anthropology may cast light on its role in the advent and early history of analytic philosophy, in particular, in the evolution that led to Wittgenstein's later philosophy.
The aim is to offer an interpretation of the nexus between logic and anthropology that emerges from the thought of the later Wittgenstein.

What Would Alien Thought Be Like Logically? The Laws of Logic and Us

What does it mean for us to recognize the basic laws of logic - say, the law of non-contradiction, according to which a proposition and its contradictory negation cannot both be true? And what, if anything, could go wrong if we did not in fact recognize this basic law?

Frege argued that this shows the absurdity of such a conception. In his view, if we ever came upon such beings, we could only say: "We have here a hitherto unknown type of madness" (Da haben wir eine bisher unbekannte Art der Verrücktheit). And he surmised that we could not give up basic laws of logic without renouncing the act of judgment altogether.

Wittgenstein expressed dissatisfaction with Freges diagnosis: "Frege never indicated what this 'madness' would really be like" (Er hat nie angegeben, wie diese Verrücktheit wirklich aussehen würde). To address this question, he substituted Freges thought experiment with an imaginary ethnographic scenario of his own. In my talk, I shall be examining the nature and import of this move.

Showing, the medium voice, and the unity of Wittgenstein's Tractatus

The Problem of the Intelligibility of Alien Forms of Thought: Cross-perspectives in Anthropology and Philosophy of Logic