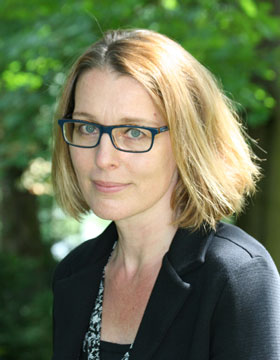 In Search of Jabra Ibrahim Jabra: a Life in Literature and Art Between Palestine and Iraq

Jabra Ibrahim Jabra (1920-94) can be described in many ways: a Palestinian exile in Iraq, a modernist, a humanist, an intellectual, a literary writer, a poet, a novelist, a translator of Shakespeare and Faulkner, a founding member of the Baghdad Group for Modern Art, an art critic, and a lover of classical music. The first comprehensive study on Jabra in English, my book project explores Jabra's quest for an Arab modernism. At the same time, it opens a window on the cultural life of the modern Arab world and the close interplay of its cultural and political fields. It shifts the traditional focus from the Levant (especially Egypt and Lebanon) to Iraq, which played a central but today often forgotten role in the cultural life of the Arab world in the 1950s and 1960s. The book offers an overview of the wide range of cultural practices Jabra was experimenting with, while giving in-depth analysis of selected works. It thus provides a captivating account for the general reader as well as an insightful study and resource for the more specialized student and scholar of modern Arabic and comparative literature.
The book consists of seven chapters. The first three provide a general study of Jabra's life and work that does not follow a chronological order, but rather explores his life and work along conceptual lines: 1. Exile: "knowledge peddlers" in Palestine and Iraq; 2. Modernity: "take what is alive and leave what is dead to the academics"; and 3. Freedom and Commitment: "voices crying in a wide intellectual wilderness". These chapters are supplemented by another four chapters, which focus on different forms of cultural practices to which Jabra contributed  poetry, the novel, art and art criticism, and translation  and give in-depth studies of selected works. Each chapter can be read separately, but read together they offer insights into the close relations between them.

A Life in Literature and Art between Palestine and Iraq: In Search of Jabra Ibrahim Jabra (1919-1994)

In 2010, Jabra Ibrahim Jabras house - and with it his library with thousands of books of Arabic and English literature, his collection of modern Iraqi art, classical music records, and private papers - was destroyed in car bomb attacks that targeted foreign embassies in Baghdad. What is termed collateral damage by some was perceived by others as Jabras second death and the end of an era that still held hope for a better future. Who was Jabra? How can we reconstruct and narrate his life lost in piles of debris? And what does it tell us about the past as well as about futures past, dreams and aspirations in the Arab world?

Jabra can be described in many ways: A Palestinian exile in Iraq, a university professor, an intellectual, a novelist, a poet, a translator of Shakespeare, Beckett and Faulkner, a founding member of the Baghdad Group for Modern Art, a literary and art critic, a lover of classical music, especially Bach, a humanist - or as one of the last men of the nahda, the so-called Arab awakening at the end of the 19th and the beginning of the 20th centuries, who had studied at the Arab College in Jerusalem, Cambridge and Harvard and "has been rightly considered a strong force for modernism in the Arab world," as Abd al-Rahman Munif says. My talk presents work-in-progress. After situating my book project within my research interests between literary studies and cultural/intellectual history and outlining research obstacles, which have to do with archival practices and make the fragmentary character of any attempt at reconstructing Jabras life inevitable, I focus on two decisive moments in Jabras life: Jerusalem between 1943 and 1948 and Baghdad in the early 1950s. I draw in particular on Jabras autobiographical writings al-Bir al-ula (1987; The First Well: A Bethlehem Boyhood, 1995) and Shari al-amirat: Fussul min sira dhatiyya (1994; Princesses Street: Baghdad Memories, 2005) in addition to his novel al-Bahth an Walid Masud (1978; In Search of Walid Masoud, 2000) and his essay "The Palestinian Exile as Writer" (1979), which resonates in Edward Saids "Reflections on Exile" (1984).

The theatre of Sa'dallah Wannous : a critical study of the Syrian playwright and public intellectual Cambridge studies in modern theatre

Contemporary book art in the Middle East : the book as document in Iraq

Reading across modern Arabic : literature and art Literatures in context ; 34

Archives, museums and collecting practices in the modern Arab world

Writer and Exile
Brill more publications in the Fellows' Library

A Life in Literature and Art between Palestine and Iraq: In Search of Jabra Ibrahim Jabra (1919-1994)

Unpacking Saadallah Wannous' Private Library: On the (After)Lives of Books