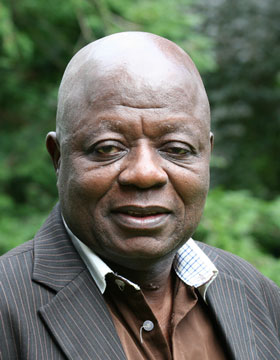 Mobility, Family Cohesion and the Changing Media of Remembering : the History of a West African Family

Africa is characterized by a long tradition of migration, local and regional, but also across continents, for various reasons: once forced, but today often in the pursuit of education and new income opportunities. Furthermore, the scope of mobility has greatly expanded, and the patterns of migration have become ever more diverse, including the establishment of transnational families with interconnected households in various countries. At all times, migration has constituted a challenge for the solidarity and social cohesion of families and for the memory of their group's history. In recent decades, however, the media and practices with which family members communicate despite being dispersed and how family history is being remembered have changed dramatically. Early migrants had to rely on the performance of oral traditions, songs, proverbs and rituals connected to objects that represented the ancestors. Today's mobile family members can often travel much more easily to family reunions, and they communicate regularly through mobile phones, Facebook, or the exchange of photos and video clips. In the context of the Focus Group, I will explore these changing means, media and practices of family memory against the backdrop of changing patterns of migration. More specifically, I will engage in the production of a documented and filmed illustration, using the example of one extended family from Northwestern Ghana and Burkina Faso, of the role of these media in saving memories and reconfiguring relations within and beyond the extended family.

In Africa, as elsewhere, the past decades have dramatically changed family relations due to the increasing dispersal and the diversification of the career trajectories of many extended families as individuals pursue diverse opportunities. This raises the question of how individual family members can continue to maintain a sense of belonging. My presentation is a work in progress on a film essay dealing with the remembrance of family history through the diversification of careers and life trajectories. Family cohesion and remembrance depend on levels of education, social position and the purposes that different members may associate with family history (and even family membership). Which family history should the film essay respond to? Shall I construct a unified version of "the family history"? And if so, on which materials should I base such a history to make it compelling or attractive, and for whom?

Since the 1980s, I have been shooting audio-visuals during family occasions, which I intend to use in editing the film essay. I am, however, confronted with several challenges, including how to construct such a film, as there are hardly any written documents and photographs that predate that period. Moreover, since the perceived relevance of a given occasion and time may differ from one individual member to another, which version and for which purpose and audience should I address in the film? Whose story should the film portray? What about the unsuccessful middle-class people of the family whose events were not filmed? How can the stories of non-literate members of the family who have never recorded their own version of family history still enter the film essay or be heard and seen? Will I not end up editing them out, thus creating frustrations, and contribute to silencing them even further?

In my presentation, I will use some excerpts of recorded interviews and songs, still photographs and video tapes shot over almost three decades to highlight some aspects of the script, focusing on the professional diversification of Yob family members and the output of this diversification and these life trajectories. I will also reflect on the challenges of dealing with the aesthetic implications of constructing a coherent family history narrative, such as changing frames, merging genres and digital migration to analog.

The House of Yob