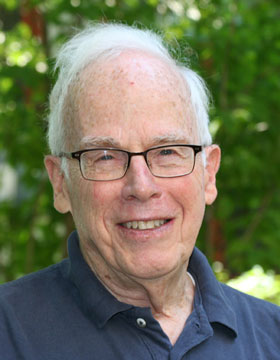 Born in 1939 in New York
Studied History at Harvard University

The Spirit of the Laws Since the Era of World Wars

With my most recent book - Once Within Borders: Territories of Power, Wealth, and Belonging since 1500 - I completed a long intellectual agenda concerning the changing nature of territory as a political and economic resource.
At the Wissenschaftskolleg I plan to embark on a new inquiry that focuses on the urgent question why, in the last thirty years or so, political and other public institutions seem to have lost their binding force within so many of the world's societies. Political passions run high, but are expressed in confrontational dramas, not in commitments to legal reconstruction, political parties, or economic solidarities. The often intense sociopolitical discipline nurtured by the world economic crisis of the 1930s, the Second World War, the Cold War, and anti-colonial struggles has yielded since the 1970s to an often surly fragmentation and weakening of collective engagements. So-called populism is perhaps the most notable contemporary symptom. How did this happen? Rather than a pure narrative, I hope to use the major concept introduced by Montesquieu  the idea that state forms rest on different value priorities, whether virtue, honor, or fear - to examine the changes within the institutional structures of the West.

New eras encourage new histories. As current political and economic constellations change they cast a different light upon the past, bring hitherto unremarkable features into sharper relief, and broaden the landscape that must be held in the frame of vision. We are compelled to see differently. The grand narratives of the twentieth century, at least those centered on Europe and America, traditionally focused on the long struggle between democratic ideologies and their authoritarian competitors: Fascism and Nazism, conventionally classified on the Right, and Communism, conventionally on the Left. This history culminated in 1945 or 1989, depending on the conflicts being analyzed. For historians concerned with the global majority that lived in Asia and Africa, the trajectory of colonialism and decolonization played a similar role in organizing a narrative. But the optimism of 1989 has not lasted; and the narratives that culminated with the 1990s, after the fall of communism, the end of Apartheid, the restoration of electoral democracies in Latin America, the expansion of the EU, and the rise of China seem to need fundamental revision. Historians face the challenge not only of explaining the happy provisional ending of the 1990s, but the democratic discontents of today. How can we construct a narrative and analysis that better take account of current developments (including so-called populism or 'illiberal democracy') than the story we have told about democracy overcoming its adversaries?

My project seeks to meet this task by reconfiguring the collective agents that historians have earlier relied on. Established social theory and new historical research have both provided an essential stimulus. States remain essential to the narrative, as they were in my earlier work and as they are in traditional political analysis. But, informed by recent historical accounts, I am also assigning an enhanced role to the non-state and transnational realm of political, economic, and intellectual activity. My protagonists thus include four collective actors which I will specify more closely in my presentation: "project-states" and "rentier empires" among the governmental structures; "the web of capital" and "the web of governance" among the transnational agents. These last two involve networks of decentralized participants that mobilize finance and opinion across national lines. Think of their domain, perhaps, as a "global field," like a gravitational or magnetic field in physics, filling international space with invisible lines of energy, or influence.

I have taken my title from Montesquieus attempt to reveal the distinction between the formal designations for political regimes and the societal conditions they needed to function well - the implicit requirements that he termed "the spirit of the laws." Underlying the French philosophes work was a vivid sense of the institutional entropy that menaces every state. Even with appropriate institutions, regimes grow feeble "par la corruption nécessaire de tous les Gouvernements." Décadence, or decline, was universal; the challenge was to forestall it as long as possible. The effort was what determined historical achievement. Institutional commitment, however, requires a willingness to invest efforts in the hope of future reward, whether personal or for a wider community. But the painful truth (to which John Rawls devoted so much thought) is that institutions will always privilege beneficiaries unequally, and the challenge for activists is to make them more inclusive or provide replacements that are not more oppressive. Societies as a whole, though, can weary of the effort. In our own case, the intense sociopolitical discipline and commitments nurtured by the world economic crisis of the 1930s, the Second World War, the Cold War, and anti-colonial struggles seem to have yielded since the 1970s to an often surly fragmentation of collective engagements.

The work reviews competing theories of how and why. All theories, however, have their limits when confronting historical events. If the historian is not merely a sociologist, he or she must always stand in awe of the event, which often comes as a surprise, if only because it did not take place sooner or later than it did. Even physicists, after all, resort to "singularity." History is a study of the only imperfectly theorizable. What theory provides is a retrospective ordering, the possibility of comparison, and a demonstration that sometime change was likely to occur. This can represent a considerable achievement, but the historian needs to insert theory into a time-specific framework.

To anticipate the interwoven story lines: Project-states largely ceased to sustain their momentum after the 1960s; they failed to generate convincing public agendas and seemed increasingly to serve the classes that had access to the skills of a digital economy, mass entertainment, or just of political office. Rentier empires disappeared as major actors but the opportunities for neo-imperial transfers of wealth hardly disappeared, even though by the end of the twentieth century international income inequality could also diminish. In an era of rapid technological change, capitalist firms seized the opportunity to metastasize into the domains of national politics and transnational governance. Non-profit organizations - whether the forces of civil society at home or NGOs in the sphere of transnational governance - did not have sufficient countervailing power to resist these changes, indeed often worked to reinforce them.

My hope is that colloquium participants - and later, readers of my book - will see the agents and the processes of contemporary history in a different light from that associated with the usual narrative of places and era. Perhaps in retrospect this will seem a history that could only be written in a moment of disillusion. But history is defined by its surprises.

Once within borders : territories of power, wealth, and belonging since 1500

The politics of inflation and economic stagnation : theoretical approaches and international case studies

The New Spirit of the Laws: Political Society since the Era of World Wars