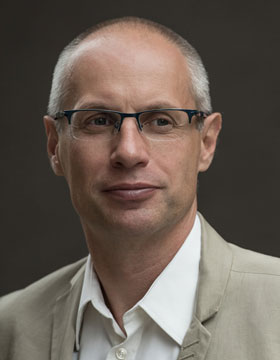 Retributive Justice after World War II and the Fall of Dictatorial Regimes in Europe, Latin America, and South Africa: a Comparative Approach

The goal of the project is to create a comparative approach to various ways in which European, Latin American, and the Republic of South Africa's states and societies came to terms with legacies of crimes committed during WW II and the reign of dictatorial regimes in the second half of the 20th century.
The project will address one of the central issues that states and nations confront in transitional periods after the end of wars or the collapse of dictatorships. This problem usually becomes fundamental in the initial phases of post-war or post-authoritarian reconstruction. However, in some countries it gains political and social importance in delayed ways, a long time after the conclusion of war or occupation (e.g. France and the legacy of the Vichy regime) or after the collapse of dictatorial regimes (Spain and the legacy of the Franco regime and of the Civil War of 1936-39; Poland with the most intense public interest and institutional arrangements starting approximately ten years after the collapse of Communism). One of the most important questions that should be addressed in the project is the impact of legal and political retribution (or its absence) on the consolidation of new, emerging regimes. A widespread intellectual approach suggests that retribution (e.g. spontaneous or legal, institutional purges) is detrimental and dysfunctional for the consolidation of democratic regimes that replace dictatorships or for the prospects of social integration and peace of societies torn by wartime conflicts. On the other hand, there are examples in which the absence of retribution leads to widespread feelings of frustration and anger, which can give birth to radical movements that become serious challenges to democratic systems.
Another pivotal issue that the project will address is a wide variety of legal (or extra-legal) and institutional mechanisms of coming to terms with the legacies of political crimes and the difficult wartime or dictatorial past. In some instances, these were post-war purges (spontaneous or institutional), like in France or Italy after WW II. In other countries (Latin America, South Africa), the truth commissions sought to reveal crimes committed by past dictatorial regimes. In Poland and some other post-Communist countries, special institutions were created (e.g. the Polish Institute of National Remembrance) that attempt to provide a complex approach to the past: opening the archives and so-called lustration, research and education, and the legal prosecution of political crimes. A vital aim of the project will be a comparison of the merits and defects of the specific ways of coming to terms with the past chosen in various countries.

What is retributive justice? The most concise answer would be that it is reckoning with legacies of crimes and other wrongdoings committed by outgoing regimes and with their perpetrators. For many reasons, which I will explain in the talk, I do not use the term transitional justice which has been very popular in last three decades, but which is much broader and could be in many respects misleading. I focus on criminal justice, which is for me the core of retributive justice: trials of leaders of fallen regimes and of perpetrators of politically or ideologically motivated crimes.

Most studies of transitional justice emphasize its positive impact on creating new democratic regimes after the collapse of dictatorships or after the end of wars - by restoring the elementary moral order, by strengthening public trust in newly born democratic institutions, and also by creating a warning to those who could plan in future new breaches of democracy and violations of human rights. This positive (or even idealistic) image of transitional justice became the prevalent, standard approach in political and social science in the last twenty years or so. I want to question this established view or at least introduce some nuances into it - by also analyzing failures of retributive justice, its instrumentalisation for political reasons, its manifold distortions. If we analyze more closely many cases of retributive justice, even those widely regarded as most successful and beneficial, the reality usually turns out to be much more complex. One can often raise questions: if indeed retributive justice weakens newly born democracies, it turns out to be dysfunctional or even going against elementary feelings what justice should mean and how it should be implemented.

The core of my interest is the overlapping of politics, justice and changing historical perceptions of past crimes. I try to analyze how these three dimensions influenced each other in various historical developments after WW II, often distorting each other.

Museum of the Second World War : catalogue of the permanent exhibition

The Institute of National Remembrance and coming to terms with a difficult past : World War II and the communist dictatorship

Museum of the Second World War in Gdańsk: A Battlefield of History and Politics

Museum of the Second World War in Gdansk