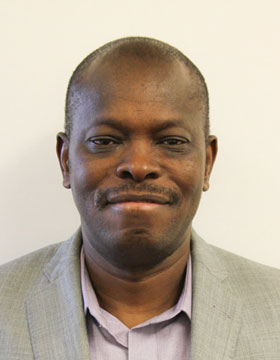 Born in 1965 in Hamile, Ghana
Studied Cultural Anthropology at the University of Illinois at Urbana-Champaign

Social Change in a West African Family: Biographical Narratives and the Role of Funerals in Family History

In Northwestern Ghana, the past decades have witnessed far-reaching changes in what was largely an agrarian economy, affecting and reshaping family structures and institutions such as marriage, mortuary practices, and funeral rites, as well as daily life more generally. In the context of the Focus Group, I explore how global currents of colonialism have impacted the social history of Northwestern Ghana and how massive labor migration, the introduction of school education, and conversion to the Catholic religion have shaped the local population's experiences and world-views. My project investigates the social transformation of one extended family, taking into account the effect of broad social forces on individual lives, from generation to generation, and analyzing how people rework their family relations as well as their biographical narratives. I ask what implications these changes hold for intergenerational and gender relations as extended family members respond to the opening up of new economic opportunities and adjust to increased geographical and social mobility. More specifically, I will look at funerals, which have become occasions during which Ghanaians and other West Africans reaffirm their membership in their extended families. In what ways, for instance, have the increased scale and quality of funeral rites and the accompanying expectations been impacted by broader socio-economic forces as family members of the deceased struggle to (re)define their own roles and negotiate their kin's expectations of solidarity? At the same time, funerals are important sites of (re)constructing the family memory, and I will explore the changing modes, ranging from traditional objects of ancestor worship to elaborate modern funeral booklets, of how the dead, their biographies, and their role in the family are (re)presented.

In many parts of Africa, funerals are occasions during which members of an extended family come together to reaffirm their membership in the wider family and also compete for social prestige. Building on the work of scholars who have explored the cultural and socio-political dimension of mortuary rites, my own study looks at recent dramatic changes that funerals among the Dagara of northwestern Ghana have undergone. Over recent decades the region has been impacted by broad socio-economic forces such as outmigration in search of labor, increased social mobility because of expanded access to Western-style education, amplifying interactions with other regions in Ghana, conversion to Catholic Christianity, and the exposure to new discourses of modernity. The resulting transformations have reshaped the daily experiences of most inhabitants, including the ways in which they organize their funerals and mourn the deceased. My presentation will describe and analyze the effects of these changes and their implications for evolving trans-local and intra-family relations and cohesion, as both local inhabitants and their dispersed family members respond to increased geographical and social mobility and the opening up of new economic opportunities. I draw on specific funeral occasions and narrative accounts about death and the organization of funerals by deceased relatives to discuss the increased scales, texture and challenges associated with current funerals as well as the changing expectations of sympathizers. I also show how family members of the deceased struggle to (re)define their own roles within the family and negotiate their kins expectations of solidarity. I argue that while the "new" ways of mourning the dead are welcomed by many as an embrace of progress and modernity, the spending of considerable amounts of money and other resources on funerals also places a burden on the relatives of the dead.

Imagining futures : memory and belonging in an African family

Jack Goody : early fieldwork and the passing of an era of Cambridge anthropology in northern Ghana

Between aspirations and realities : northern Ghanaian migrant women and the dilemma of household (re)production in southern Ghana

Forbidden fruit in the compound : a case study of migration, spousal separation and group-wife adultery in northwest Ghana

Jack Goody ; Early Fieldwork and the Passing of an Era of Cambridge Anthropology in Northern Ghana
University of Wisconsin Press more publications in the Fellows' Library

The House of Yob

Imagining Futures: Memory and Belonging in an African Family

Imagining Futures: Memory and Belonging in an African Family