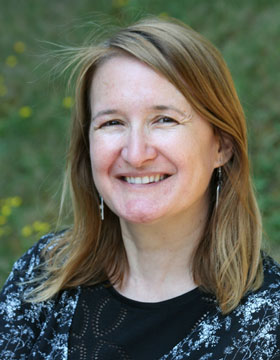 Legal answers to the Syrian refugee "crisis" disclose that the classical legal scheme about refugee protection has radically changed. The aim of my research project is to investigate the shifting paradigms in the legal status of refugees and to discuss the articulations of State sovereignty over refugees and the politics of legality through the case study of Syrian refugees in Turkey.
Turkey is the country that hosts the largest number of Syrian refugees in the world. The country has been in a state of emergency since July 2016. On 18 March 2016, EU heads of state or government and Turkey concluded an agreement on refugees. The core idea of the EU-Turkey refugee agreement is the confinement of Syrian refugees in Turkey within its temporary protection regime. Various human rights bodies have stated that the agreement is not in conformity with international refugee law. I am interested in studying the EU-Turkey refugee agreement as a legal text that demonstrates the new paradigms of refugee law.
My research project is theoretically based on Michel Foucault's works on governmentability and Judith Butler's works on the extra-legal dimensions of sovereignty. My aim is to investigate whether and how the law is used as a tactical instrument to contain Syrian refugees in the "temporary protection" regime and govern these refugees in accordance with the "political utility" that they present for the Turkish state. Central to my investigation is the fact that the Turkish temporary protection regime and the EU-Turkey refugee agreement are operated discretionally by the executive powers.
Drawing on this framework, the aim of my project is to contribute to a deeper analysis of international refugee law in the context of the current refugee "crisis". The analysis of the temporary protection regime in Turkey that governs more than three million Syrian refugees and the study of the EU-Turkey refugee agreement can give us the means to understand the changing legal paradigms of refugees law and the operation of states' sovereignties over refugee populations.

EU-Turkey Refugee Deal and the Changing Paradigms of Refugee Law

The EU-Turkey Deal was agreed to on 18 March 2016. It was presented as the only possible solution to the so-called refugee crisis and was designed to reduce the number of migrants crossing into Europe from Turkey.

I am interested in a critical legal analysis of this deal because I think that it can help us to understand the changing legal paradigms of refugee law and the current politics of legality as articulated with respect to the refugee issue. My research aims to investigate the role of law in construction of the politically useful "refugee crisis." I study the EU-Turkey Refugee Deal as a legal artifact where Turkeys authoritarian and the EUs (il)liberal practices converge to articulate the politics of (il)legality in the exercise of sovereign power within what are finally lawless structures.

Gendering the state of emergency regime in Turkey

A gendered approach to the Syrian refugee crisis Routledge studies in development, mobilities, and migration

EU-Turkey Refugee Deal and the Changing Paradigms of Refugee Law

Fighting for Justice - then and now: 80th Anniversary of the death of Rechtsanwalt Hans Litten